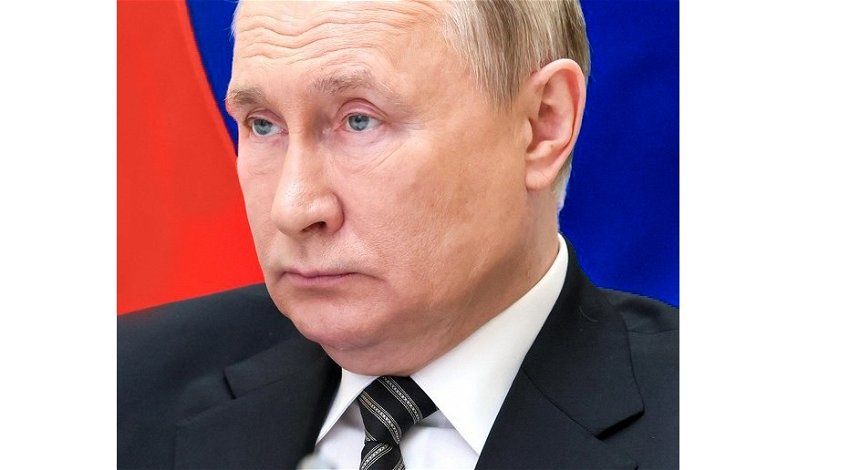 The Washington Post reported is reporting that tensions and frustrations are rising within the Kremlin with insiders saying it appears Putin “doesn’t know what to do.”

Several sources told the newspaper that they believe Putin does not have a plan for how to continue the invasion or how to bring it to an end.

An unnamed Russian billionaire, who is in contact with top-ranking officials, said “There is huge frustration among the people around him.

“He clearly doesn’t know what to do.”

The reports tie in with those of other news channels on Saturday, December 31 that suggest he is struggling to remain focused. Seemingly unwilling to appear in public he has even gone so far as to pre-record his annual State of the Nation address.

Normally he addresses Russia’s Federal Assembly before meeting with hundreds of journalists from across the country. Reports have suggested everything from his fear of questions that may show him and the war in a bad light to the latest today, his fear of catching the strains of flu and COVID-19 that are doing the rounds.

People the Washington Post spoke to said that lack of a speech in the Assembly is a sign that he is floundering: The billionaire said: “In the address, there should be a plan. But there is no plan.

“I think they just don’t know what to say”

He added that Putin is increasingly isolated: “He doesn’t like speaking with people anyway. He has a very narrow circle, and now it has gotten narrower still.”

Tatyana Stanovaya, a senior fellow at the Carnegie Endowment for International Peace, said that many of Russia’s elite are starting to lose faith in their leader.

That is because he seemingly “incapable of giving answers to questions.

“The elite does not know what to believe, and they fear to think about tomorrow.

“To a large degree, there is the feeling that there is no way out, that the situation is irreparable, that they are totally dependent on one person.”

Russian officials critical of the war effort but who wouldn’t be named for fear of recriminations have said: “How can [Putin] tell us everything is going to plan, when we are already in the 10th month of the war, and we were told it was only going to take a few days.”

He added the only tactic he appears to have right now is to urge the West and Ukraine to negotiate, but even that tactic has fallen on deaf ears in Russia with Foreign Minister Sergei Lavrov telling a different story the very next day.

Putin is said to be willing to talk “but only on his terms” and that makes any chance of negotiation remote, particularly when he is no longer holding the upper hand.

Despite the failure of the war effort to go the way it was planned, Putin retains a tight grip on power with many of those around him continuing to give him their full support. Many fear that should his presidency collapse they could be taken with him.

Putin is now also cosying up to China, which some believe he hopes will provide him an out and a solution that will bring the war and sanctions to an end.

But the frustrations are beginning to rise with reports saying Putin ‘doesn’t know what to do’ with an invasion that hasn’t gone to plan. Poor military leadership, low morale and poor training all affecting the pace of the invasion negatively.