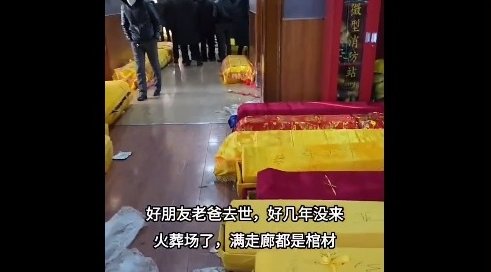 Questions are being asked whether we are seeing a repeat of the start of the pandemic as China moves to censor online content related to COVID-19.

According to a report by Reuters on Saturday, December 31 COVID-19 remains a touchy subject in the country where the pandemic is believed to have originated from. Three years that began with denial and has ended with a failed zero-tolerance policy whilst the rest of the world has moved on.

Following a public outcry and mass demonstrations, China finally relented and changed its tack scrapping mass testing, centralised quarantine for infected people and lockdowns. But at the same time, it has chosen to hide the true impact of the change in the policy with few having the antibodies needed to stave off severe infections or having had an effective vaccination.

The decision to live with the virus has prompted a wave of infections and has once again impacted economic output. It has also led to many rumours of mass deaths that have led to the rest of the world becoming increasingly concerned by the situation.

This may be useful to physicians & medical community. A Chinese doctor sharing “white lung” images of some of the 120 patients he saw in 8 hours’ night shift, including their ages. As we can hardly get anything from #CCP, this kind of info may be important. #COVID19 #chinacovid pic.twitter.com/q5A7P3mCHL

But rather than work with or accept outside help, China has vowed to go it alone and in doing so suppress discussion around the virus and the rising number of infections.

The latest to fall foul of the censors in news outlet Netease whose video collating real-life stories was removed from Weibo, the Chinese equivalent of Twitter. The video had captured the attention of the Chinese and had started to go viral when it disappeared seemingly at the request of authorities.

Stories contained in the video have not been seen or shared on social domestic platforms due to the ban, which makes it more difficult for locals to understand the bigger picture when it comes to COVID-19 and China.

With an increasing number of countries implementing travel restrictions for those arriving from China, it remains to be seen whether the country will take concrete steps to solve the rise in COVID-19 rather than resorting to the censorship of related content online.