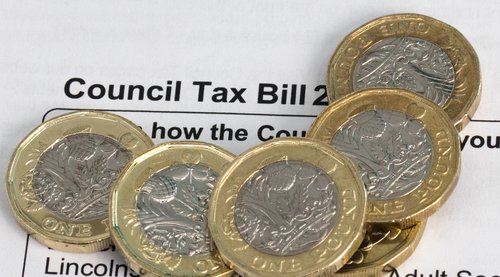 Brits will be hit with a slew of new laws during 2023 with many of the changes approved by the government soon to be introduced.

Many of these have attracted controversy according to the Mirror on Monday, January 2 whilst others have been widely welcomed.

Possibly the change that will hurt consumers most is the announcement that Councils can raise their tax bills by as much as five per cent from April. That will see many bills rise by more than £100 a year, far in excess of the usual threshold and the Tory manifesto which promised local people the final say on council tax.

Another change that will affect many income earners and which has attracted criticism is the threshold at which a person can no longer receive personal allowances. That is to be lowered from £150,000 to £125,140, which means anyone earning won´t be able to claim travel and accommodation expenses.

The energy cap introduced in October is set to be scaled back in April as prices fall and the cost to the government becomes more and more unaffordable. Bills are predicted to continue rising, however, support from the government is not expected to keep up with the cost.

In future, anyone turning up at a voting station will be required to bring photo ID with them. An anti-fraud measure it has been widely criticised with voter turnout already low and the incidence of fraud negligible.

Parliamentary committees and pressure groups have criticised the move saying that not everyone has photo ID and that it is also likely to affect disadvantaged groups disproportionately.

An increase in the minimum wage

A positive measure widely welcomed, the minimum wage will rise by 92p from April. The new rate of £10.42 will see full time workers earning up to £1,600 more per year.

Bus ticket prices to be capped

Bus companies in England will not be able to charge more than £2 for a single journey, with the measure lasting for three months from January 1. The change will see most ticket prices fall by around 30 per cent in cities and by as much 60 per cent in rural areas.

Owners of properties that do not meet basic standards will be forced to pay up to £15,000 to have them fixed, according to the new Building Safety Bill. The bill includes cladding defects as well as other safety issues.

Landlords will be required to make their properties more energy efficient, with no property having an energy rating below E being legally leasable. Industrial sites, workshops with low energy demands, temporary and religious buildings are exempt from the rule.

Care costs for the elderly will be capped at £86,000 from the autumn, however, those with assets worth more than £75,000 will be required to make a small contribution. The model has been widely criticised for penalising those who have saved or who will pay purely as a result of where they live, house prices being higher in the south than in the north.

In line with what is happening in Europe, London´s ULEZ will be expanded to cover all 33 boroughs in the city. A measure designed to reduce pollution, HGVs and petrol cars registered before 2005 will have to pay a £12.50 daily charge.

The revisions to the Police, Crime, Sentencing and Courts Act already were enacted last year and give police powers to crack down on protests that result in public disorder or that cause disruption in the community. It also strengthens the action police can take where there is criminal damage to property.

The police now have greater powers to approve or decline demonstration and protest applications.

The new Nationality and Borders Bill has also attracted much criticism from the legal profession and human rights organisations. Two of those changes are the right of the government to remove nationality without advance warning and the criminalising of knowingly arriving in the UK illegally.

The latter is designed to deal with unwanted immigration and in particular, those trafficked across the channel.

A number of new laws are being considered that could be approved and implemented in 2023. These include:

There was always an expectation that there would be changes when Britain left the EU, but perhaps what many people didn´t expect was a slew of new laws in 2023 many of which are controversial and will leave people worse off.