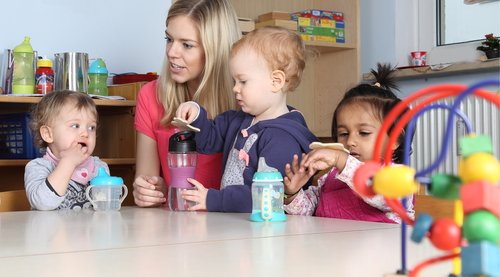 UK Prime Minister Rishi Sunak is said to have dumped another key reform policy of former Prime Minister Liz Truss, which would have seen an extension of free childcare for working parents.

The Independent newspaper reported on Monday, January 2 that the scale of reforms under Sunak will be severely scaled back including the plan to extend childcare. Truss was also keen to reduce the staff-to-child ratio, which has made childcare unaffordable for many. Present requirements are one carer for every four children, Truss is understood to have wanted to increase that to five.

Such reform was widely supported across the benches with Conservative MP Steve Brine, Chair of the all-parliamentary party group on childcare, urging the government to press on with the proposed reform promised by Truss.

He said there is general consensus that: “There is a major structural problem with childcare in England across facilities both run by the state and, especially, those run by private individuals and firms.

“There should be a review of long-term childcare funding. The pressure on costs for childcare providers is forcing many of them out of business.”

He continued saying that ministers needed to engage with the sector and the committee, saying that the situation was serious and that it was not too late to take much-needed action.

Currently, all three and four-year-olds in England are entitled to 15 hours of free childcare a week, whilst some families can claim up to 30 hours. Truss is thought to have wanted to change the system away from funding care providers to funding the parents and increasing the number of free hours.

Some within the Conservative Party are also frustrated by the move which they believe could help to detoxify the party, instead, the holding off on reform makes the Tories look like a party that doesn´t care.

Many in the sector believe that the policies put forward by Truss would be damaging to the industry, Neil Leitch, Head of the Early Years Alliance quoted as saying they “would “do more harm than good to a sector already on its knees.”

The government has said that all options are being considered to make childcare more accessible and more affordable, but that no decisions had been taken as yet.

With the pressure on financially, and Sunak acting in the eyes of some as a manager rather than a leader, he has dumped another key reform policy of his predecessor Liz Truss.