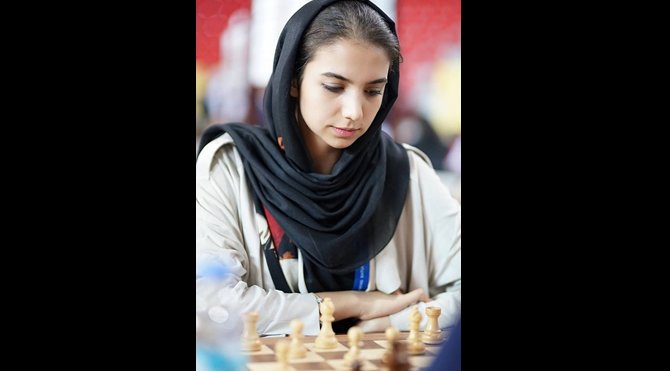 After allegedly being warned not to return home after failing to wear a hijab in a recent tournament, the Iranian chess player Sara Khadem has arrived in Spain after defecting.

Sara Khadem, the Iranian chess player, arrived in Spain today, Tuesday, January 3. She is surrounded by controversy after competing in a tournament in Kazakhstan last week where she was photographed without a hijab during both the FIDE World Rapid and Blitz Chess Championships.

According to a source close to the chess champion, 25-year-old Sara has received threats warning her against returning to Iran. Wearing a hijab is mandatory for females in the Islamic country but images from the Kazakh city of Almaty showed her uncovered head.

The source – who confirmed to Sky News that Sara had landed in Spain today – claimed that Sara’s family had also received threats. Other callers allegedly offered to ‘solve her problem’ if she returned home.

It had been reported by the Spanish media outlet El Pais last week that Sara planned to purchase a home and relocate to Spain with her family.

After the images of her without a hijab appeared last week, the organisers of the tournament in Kazakhstan apparently arranged for four security personnel to stand guard outside the player’s hotel room. Atousa Pourkashiyan, another Iranian chess player, was also shown at the event not wearing her hijab.

During her playing career, Sarasadat Khademalsharieh – also known as Sara Khadem – won the prestigious chess titles of International Master in 2015 and Woman Grandmaster in 2013.

Protests over the wearing of the hijab have rocked Iran since the death in custody of 22-year-old Mahsa Amini last September. She was detained by the notorious morality police for allegedly not wearing her hijab correctly and died whilst in their custody.