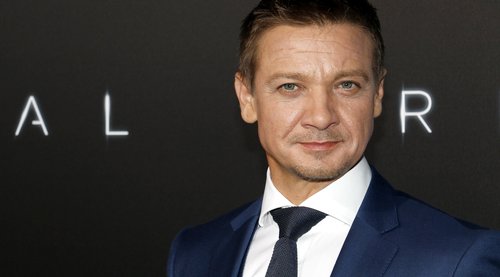 08:30 (January 3) – The extent of Renner´s injuries is becoming known after he is said to have been run over by his own snowcat at his Lake Tahoe ranch.

Renner suffered injuries to his leg and his chest and has already undergone one operation, but will need a second.

Conscious and speaking, the star remains in intensive care and will require further care in what doctors say will be a long road to recovery. It is likely that he will also require further surgery given the complexity of his injuries.

Renner was apparently trying to clear his drive of snow when the safety features on his PistenBully failed rolling over and running over his leg. His life was saved by a neighbouring doctor who administered first aid, but he is said to have lost a lot of blood and suffered extensive injuries.

It is not known whether the PistonBully had been bought new or secondhand, with the item, no longer available on the German manufacturer´s website. It is also not known how old the unit was and whether it had been recently serviced.

A spokesperson for the family said: “We can confirm Jeremy is in critical but stable condition with injuries suffered after experiencing a weather-related accident while ploughing snow earlier today.

‘His family is with him and he is receiving excellent care.”

07:30 (January 2) – The Mission Impossible, Avengers and Captain America star, Jeremy Renner is in a critical but stable condition after suffering an accident ploughing snow.

A spokesperson confirmed on Monday, January 2 that the two-time Academy Award nominee was in a “critical but stable condition” with his family reporting that he is “receiving excellent care.”

According to various publicationsRenner was airlifted to hospital, however, it did not say where the accident occurred. He is known to own property near the Mt Rose-Ski Tahoe resort near Reno, a region that was hit by a severe storm on New Year´s eve.

Details of the accident are scant as are those about the injuries that he sustained and as such what impact it will have on his current role in the fictional Michigan Town series.

Updates on the condition of Jeremy Renner, the star who is in critical condition after a weather-related accident, are expected later today.