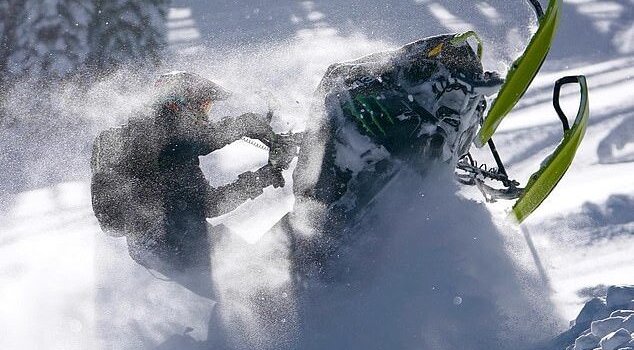 Pro rally driving champion Ken Block, 55, has died in a snowmobile accident just weeks after announcing that he had a lot to learn in the usage of the vehicle.

According to the Wasatch County Sheriff´s office, Block died when his snowmobile overturned and landed on him as they he was travelling up a steep rise. He is said to have been part of a group travelling in the area but was alone at the time of the incident.

The sheriff´s office also confirmed that the star who was trying to learn new stunts was pronounced dead at the scene.

Recently Block had acquired a more powerful snowmobile and had admitted that it had taken him by surprise saying: “It was my first day on my new ‘23 Ski-Doo Summit X Turbo, and this thing rips! Lots of power up at high elevation, and wheelies all day! Epic early season powder, and an amazing first day.

“Wheelies, deep pow turns, and a lot of learning on this new sled – good times!”

Not shy to take risks, Block had been a rally driver, moto-cross rider, skateboarder and now snowmobile rider, a real live-action star.

Block who had been snowboarding with as group in Utah had posted on Instagram just hours before his death saying: “It’s been DUMPING snow in Park City, Utah this week with more forecasted for the weekend, and we wouldn’t be able to make it out to the ranch without the @SkiDoo sleds and @KubotaUSA machinery to clear the way!

“Can’t wait to see how much more powder stacks up over the next few days.”

A popular character with 7.5 million followers on Instagram and two million on his YouTube channel, Block had won many rallies. Block also co-founded DC Shoes with business partner Damon Way in 1994.

Block is survived by his wife Lucy and three children, including his 16-year-old daughter Lia, who is also a driver and had competed for her father’s Hoonigan Racing team since the age of 11.

But perhaps the death of the pro rally driving champion in a snowmobile accident is best summed up by his Hoonigan team who said: “Ken was a visionary, a pioneer and an icon. And most importantly, a father and husband. He will be incredibly missed.”