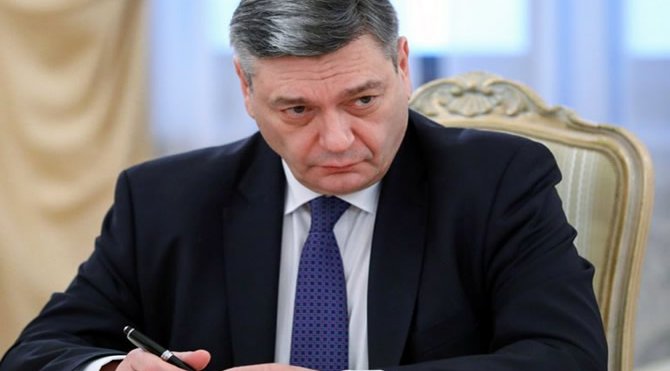 Image of Andrey Rudenko. Credit: Press Service of the Ministry of Foreign Affairs of the Russian Federation

Andrey Rudenko, Russia’s Deputy Head of the Ministry of Foreign Affairs, today, Monday, January 2, denounced the Japanese government’s decision to increase its military spending. He warned Tokyo that Moscow sees this as a serious challenge to the security of Russia and the Asia-Pacific region as a whole.

As reported by TASS, Rudenko noted that the ministry drew attention to the accelerated implementation of militarisation by the administration of Japanese Prime Minister Fumio Kishida.

The move to abandon the so-called peaceful development of Japan that had been declared for many decades, in favour of increased military spending has clearly not pleased Moscow. Rudenko warned that if this practice continues, the Russian side will be forced to take ‘adequate’ retaliatory measures to block military threats from Japan.

During a debate in parliament on December 2, Japanese Prime Minister Fumio Kishida said that he no longer saw any conditions for discussing the prospects of concluding a peace treaty with Russia. TASS reported at the time that Kishida noted that the state of affairs in Japanese-Russian relations remained extremely difficult.

“Nevertheless, we will continue to firmly adhere to the course towards resolving the territorial issue and concluding a peace treaty”, he emphasised.

Russia and Japan have been unable to conclude a peace treaty following World War II for many years due to the issue of the ownership of the Kuril Islands. Tokyo claims to own the three islands of Iturup, Shikotan, Kunashir and the Habomai group of islands. Moscow meanwhile, considers these territories to be theirs and does not even recognise any territorial dispute.

In 1956, the USSR and Japan signed a joint declaration, which assumed that the USSR would transfer Tokyo Habomai and Shikotan after the conclusion of a peace treaty. However, subsequent negotiations did not lead to anything.

In September 2022, the Russian government withdrew from an agreement with Japan that provided for a simplified procedure for visiting the Kuril Islands by Japanese citizens – former residents of these islands, as reported by gazeta.ru.

Cabinet Secretary-General Hirokazu Matsuno later said that Japan had protested to Russia because of Moscow’s withdrawal from the agreement.