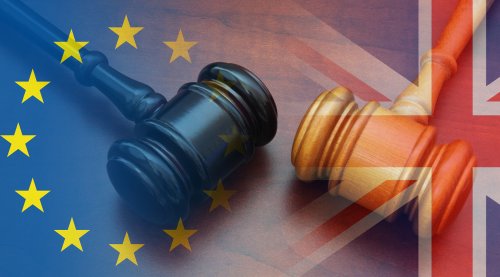 Rishi Sunak´s pledged to rid the UK of all EU laws within 100 days but sources are now suggesting that it could take up to three years to do so.

Government sources spoken to by the Daily Mail on Tuesday, January 3 have said that the delay is unavoidable given the scale of the operation. Ministers will need to decide which of the more than 4,000 pieces of legislation are to be kept and which will be ditched.

Those that aren´t retained will need to be rewritten and will most likely need to go through parliament for approval, prompting some departments to ask for the deadline to be extended until 2026.

The scale of the operation would also tie up thousands of Whitehall staff for years, leaving them unable to deal with other issues that may arise.

The bill to approve the wholesale dumping of EU legislation, The Retained EU Law (Revocation and Reform) is expected to face fierce opposition when it reaches the House of Lords in February.

Sources have told The Times that the deadline is arbitrary with one saying: “If the object is to review all these regulations properly rather than just cut and paste them into UK law then we’ll need more time.

“It’s an entirely arbitrary deadline. We’re going to have to make a concession to get it through.”

Eurosceptics are already angered by the delay with former Business Secretary Jacob Rees-Mogg said: “There is no reason to give in to the unelected remainers in the House of Lords who have consistently wanted to thwart Brexit.

“Repealing EU law and replacing it with domestic law seven years after we voted to leave is not especially ambitious and departments ought to be ready to do it.”

Any delay will be further damaging for the current Prime Minister Rishi Sunak who had vowed to get rid of the laws within 100 days, an ambitious deadline that is likely to result in errors and in the passing of substandard legislation.

It also does not take into account the possibility of further legal challenges, if not to the plan itself but to specific elements that sectors of industry and the population will wish to keep.

The Department for Business, Energy and Industrial Strategy has said: “The programme to review, revoke and reform retained EU law is underway and there are no plans to change the sunset deadline for any government departments.”