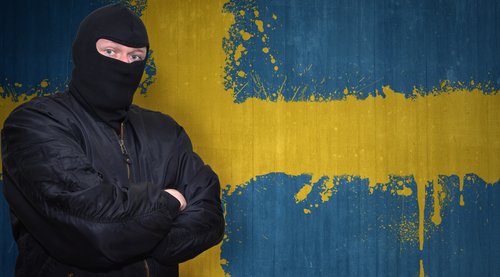 Another fatal shooting took place in Stockholm today, taking the life of a 25-year-old and seriously injuring a 40-year-old. Both are said to have criminal records.

The shooting at the commuter train station in Jordbro on Wednesday, January 4 has once again been linked to the gang violence that has gripped the city.

Police officers have said “this can´t continue!” according to news site SVT who carried their call for a special gang commission to address the problem.

She added that there are different views within the police on how best to tackle the situation. “There are some people who think that there is a lot of load on the police because they try everything they can with the resources that they have.

“But they see how young people they don’t even know about, because they are under the age of 15, raise a huge amount of violence and run away from HVB homes.”

Salihu said part of the problem is the introspection taking place within the police force adding: “They note that they are obviously not succeeding in their mission and want to do something different.

“One example that police officers bring up is a form of gang commission where you gather resources and competencies and exchange information to target this environment and actually make a difference. Because right now, it can’t go on the way it does.

“The person who died recently came out of a prison sentence where he was convicted of attempted murder. When I talk to the police about it, they talk about the fact that a potential motive could be revenge for what has happened, but that remains to be seen.

“There are criminal networks in this area. One of these men is connected to a network. There are many potential conflicts in these environments.

“One of the reasons for the recent shootings may be the power vacuum that has arisen recently.

“Part of the problems that Stockholm has right now is that many older leaders are in long prison sentences, young people have power struggles with each other and challenge each other.

“While remaining indifferent and prepared to take extreme risks.”

The incidence of fatal shootings in Stockholm and surrounds has gathered pace of late prompting the call by police officers for a gang commission that can focus on and tackle the issues driving gang membership.

Originally from South Africa, Peter is based on the Costa Blanca and is a web reporter for the Euro Weekly News covering international and Spanish national news. Got a news story you want to share? Then get in touch at [email protected]lynews.com.