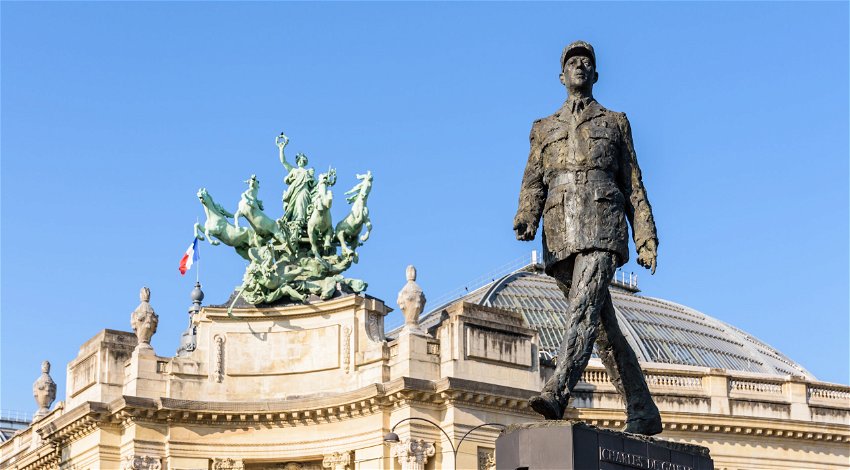 Pierre de Gaulle, the grandson of former French President General Charles de Gaulle, has shared his opinions on the war and has defended Russia, which he believes is being conspired against.

The grandson of former French President General Charles de Gaulle said the West had planned a “conspiracy” against Russia in advance and believes Putin is just defending himself against sanctions.

Speaking to AgoraVox at the Russian Centre for Science and Culture, Pierre de Gaulle said that he considers it “extremely important for France to maintain and develop relations of mutual understanding and cooperation with Russia, primarily through historical ties, the common destinies that unite us.”

He added: “Europeans should not forget that only maintaining relations with Russia is a guarantee of stability and prosperity in Europe and in the world. Unfortunately, the consequences of the current crisis are reflected primarily in Europe.

“Of course, the whole world suffers as a result of anti-Russian sanctions. But above all, Russia’s recent partners in Europe are suffering, and France is among them. This crisis greatly weakens the balance that my grandfather always tried to maintain, even in the most difficult times.”

Speaking about Russian and French historical relations, Pierre de Gaulle added: “France managed to maintain this balance throughout the Cold War, it began to be established between France and the USSR immediately after the Second World War.

“After all, then Russia found itself in the same camp with the countries that defeated the Nazi occupiers, and therefore with France. And that is why my grandfather always, always tried to maintain respectful relations with Russia.”

The grandson of Charles de Gaulle, who was also a French army general, said that he believes it is in “France’s interest to continue this policy and to maintain a balance between East and West in our policy, because this is essential for the stability of Europe.”

He then slammed the US for its part in the war.

He said: “I think that public opinion in France is beginning to understand what the evil game of the Americans is today. By using lies primarily when communicating with allies within NATO, the United States has managed to use the Ukrainian crisis to destabilise Europe.”

“The Americans, as it were, cut off Europe from Russia, set the Europeans against the Russians. Why would they do that? Because Europe in alliance with Russia could be a strong bloc both politically and economically, culturally and socially – in general, up to 500 million people live in the EU and Russia,” he added.

“Ever since the Vietnam War and the economic crises that followed, Americans have always tried by force, cunning and other dishonest means to make up for the loss of their economic and political influence, although it is inevitable.

“In particular, the Americans are trying to slow down the dollar’s loss of its status as the only (that is, monopoly) world exchange currency. And this policy continues.”

Speaking about the EU, de Gaulle was quick to accuse the European Commission of being a haven for thieves.

“With regard to Europe, my grandfather really advocated a Europe of nations, that is, for each country to cooperate with others in the name of the European Union, economic and political, but with a certain autonomy in politics and decision-making,” the Frenchman said.

“Instead, we ended up in a system dominated by a technocracy that imposes its directives on each of the member states. This technocracy is, unfortunately, extremely corrupt.”

He added: “For some reason, they stopped writing about this in the press, but when Ursula von der Leyen was appointed President of the European Commission, she was also credited with the remaining unexplained expenses of about 100 million euros associated with the hiring of external consultants, consulting firms, when she was defence minister.

“These questions are passed over in silence. There is also a lot of talk about the ties between the President of the European Commission and pharmaceutical companies. Let me remind you that her son works for an American biotechnology company and that the CEO of Pfizer was recently called twice to testify about strange contracts with his company. He was supposed to speak before the European Commission. But both times he refused.”

“Unfortunately, these gentlemen from the European Commission still do not know how to keep their word. It’s a disaster, but today’s European leaders are like that. I would like at least a little more transparency in their actions.

“Recently, as part of the case of bribery by Qatar of “Eurocrats”, who undertook to speak only positive things about this Arab emirate in exchange for money, whole bags of money were strangely found … in the house of one of the officials of the European Commission.”