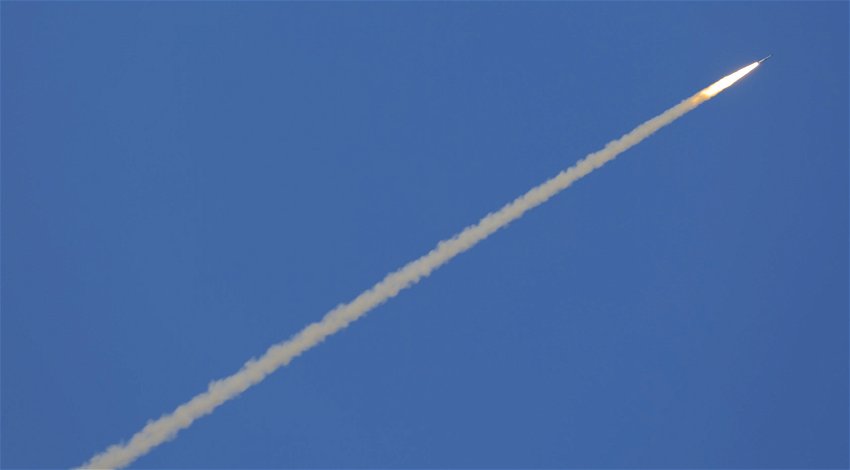 THE Governor of Sevastopol, Mikhail Razvozhayev, has reported that Russian air defence systems have shot down two UAVs near Belbek airfield in Crimea.

Mikhail Razvozhayev has taken to his Telegram channel on Wednesday, January 4 to claim that Russia has shot down two UAVs near Belbek airfield in Crimea, months after a similar attack was reported.

“In the morning, air defence systems shot down two UAVs over the sea near Belbek,” he wrote.

“All services are operating as normal.”

On Wednesday, October 19, 2022, a Russian air defence system reportedly shot down a drone over Belbek airfield in Crimea.

Sevastopol Governor Mikhail Razvozzhayev said at the time that an air defence system operating in Sevastopol shot down a drone near Belbek airfield in Crimea.

“The air defence system in Sevastopol worked again in the area of the North Side. According to preliminary data, a drone was shot down near the Belbek airfield,” Razvozzhayev said via his Telegram channel.

The governor urged “everyone to keep calm.”

That incident came after an aircraft caught fire during landing at Belbek airfield at the beginning of October 2022.

On Saturday, October 1, multiple reports flooded social media of explosions and a fire at the Belbek airfield in Crimea.

Governor of Sevastopol, Mikhail Razvozzhayev, said at the time: “Extraordinary situation at the Belbek airfield. According to rescuers, the plane skidded off the runway during landing and caught fire. The fire brigade is currently on the scene. Please keep calm.”

“Russian sources are claiming a plane skidded off the runway.”

The incident at the airfield followed Ukrainian attacks on Novofedorivka Airbase, an urban-type settlement and a military air base on the Black Sea coast in Saky Raion in western Crimea on Tuesday, August 9, 2022.

Following that attack, satellite images appeared to show the devastation at Russia’s Saky Airbase near Novofedorivka in Crimea as a result of the ‘attack from Ukraine’.

Alongside the images, which show a before and after shot of the Novofedorivka Airbase, Eliot Higgins wrote on Wednesday, August 10: “First unrectified images of Saki Air Base in Crimea via @planet following yesterday’s multiple explosions.

“There’s clearly been a massive fire across the base following whatever happened there.”

He added: “Comparison of August 9th and August 10th imagery show very large craters, many destroyed aircraft, and destroyed buildings. It looks like a direct hit on the building on the left, so whatever it was seems accurate.”