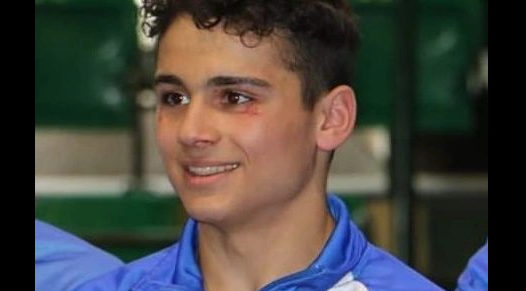 THE world of boxing is mourning the death of Greek Junior European Champion boxer Vassilis Topalos, who died at the age of 16.

The young boxer suffered serious injuries during sparring matches back in December.

According to reports from Greece, Topalos was injured on the morning of Friday, December 16, 2022, at a gym in Kallithea, a district of Athens and a municipality in the south Athens regional unit.

Following Vassilis Topalos’ death, the Hellenic Boxing Federation announced that a boxing tournament would be formed under his name.

A statement from the Hellenic Boxing Federation read: “The Board of Directors of the EOP issued a resolution on the death of Vasilios Topalos, taking into account the high and impeccable course of the brilliant athlete in Greece and in Europe and decided: A letter of condolence should be sent to his family. Lay a wreath in his memory.

“The funeral expenses of the deceased are to be covered by the Hellenic Boxing Federation.

“To establish a permanent, annual scholarship in his name and to offer it to a TEFAA student, to be chosen by the Hellenic Boxing Federation.

They also paid tribute in a social media post: “Gone is our Golden Child, our smiling Santa, the born Champion with a heart of pure gold.”

It added: “Unspeakable sadness for the Greek Boxing family…

“Words cannot express what we feel, we are all devastated.

“Santa, you left us too soon. We will always remember you with love and nostalgia.

“Condolences to his family and loved ones.

“Let the soil that will cover you be light.

“You will forever be in our hearts.”

Our thoughts are with his family and friends at this difficult time 🙏 pic.twitter.com/q4ssGlk73b