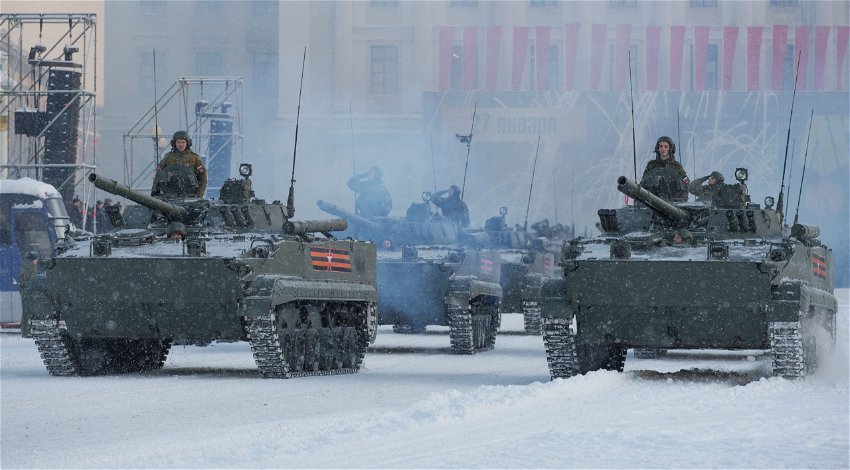 ON Wednesday, January 4, Russia’s Ministry of Defence reported the combat losses of the Ukrainian Armed Forces.

According to the press service of Russia’s Ministry of Defence, Russian forces continue their offensive in the Donetsk direction, which led to significant losses among the Armed Forces of Ukraine.

“In a day in this direction, the losses of the Armed Forces of Ukraine amounted to more than 100 military personnel, a tank, four armoured combat vehicles and five vehicles,” the ministry said.

The ministry also said that Ukrainian troops tried to counterattack the positions of the Russian Armed Forces in the South-Donetsk direction – near the village of Dorozhnyanka in the DPR.

“All counterattacks have been repelled, the enemy has been thrown back to their original positions,” the Russian Defense Ministry said.

The news comes after Ukraine’s MoD reported Russian combat losses in Ukraine as of January 4.

In the updated Russian combat losses, Ukraine’s MoD announced that a further six Russian Armoured Personnel Carriers (APCs) had been destroyed by Ukrainian forces on Tuesday, January 3. This takes the number of Russian APCs lost in Ukraine to 6106.

According to the latest data, another 720 Russian soldiers died in battle, which has brought the total to around 108,910.

Another six Russian artillery systems were also destroyed, taking the number destroyed by Zelenksy’s troops in Ukraine to 2039.

Two more Russian tanks were reportedly destroyed while a Russian anti-aircraft system was also blown up.

The destruction of two more Russian tanks means that Ukraine has now destroyed 3038 in total since Putin’s troops invaded the country back in February 2022.

The loss of another anti-aircraft system means that Russia has had 215 destroyed in Ukraine.

Three Russian drones were also shot down. That loss means Russian troops have reportedly a total of 1842 destroyed.