UPDATE: Suicide note revealed of woman who poisoned her husband in Madrid’s Fuenlabrada 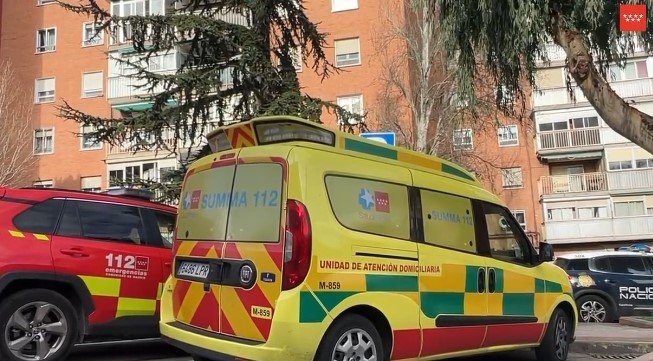 Murder squad detectives in the Madrid municipality of Fuenlabrada are investigating the death of a couple in a suspected murder-suicide involving poisoning.

The suicide note has been revealed that was left by a 54-year-old woman who poisoned her 64-year-old husband in Fuenlabrada, Madrid before committing suicide.

Named by the police as Rosa and Clemente, they confirmed that there were no previous records of domestic violence relating to the two Spanish nationals. Rosa’s farewell note read: “I’m done with everything. I’m not going to leave dad alone”.

Rosa had apparently been receiving treatment for a mental illness for years and Clemente was about to retire from a private security company. The deceased woman had reportedly already committed self-harm on other occasions.

The bodies of the couple were discovered by the son and daughter of the victims. They were the ones who alerted the emergency services after entering the apartment with their own key after their parents did not open the door for them, or answer their calls, as reported by 20minutos.es.

According to police sources today, Monday, January 2, in the Madrid municipality of Fuenlabrada, a 64-year-old man died. He was apparently poisoned by a 54-year-old woman who later committed suicide.

As reported by Emergencias Comunidad de Madrid 112 on its official Twitter account, the incident took place at No8 Calle Iceland. Summa medics were deployed to the location after the emergency switchboard received the call for assistance.

On arrival, they discovered the bodies of an already deceased couple in one of the rooms in the property. A team of psychologists was subsequently dispatched to the scene to comfort relatives of the victims who had suffered anxiety attacks.

The Provincial Judicial Police Brigade of Madrid’s Murder Group V is investigating the event. Indicative of the Provincial Scientific Police Brigade was also posted. Investigations will continue in an effort to fully clarify the facts surrounding the deaths until the results of a post-mortem examination are returned, as reported by larazon.es.