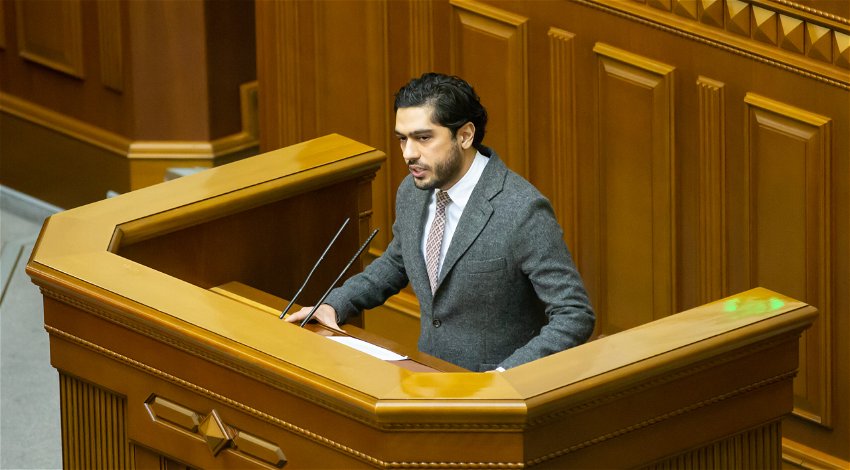 Geo Leros, the People’s Deputy of Ukraine, has revealed that the Head of Ukraine’s Presidential Administration Andrii Yermak and Ukrainian President Volodymyr Zelensky could be out to have him killed after noting that he has received numerous threats against him.

Thirty-three-year-old Geo Leros has warned that if something happens to him that people should look no further than Zelensky and Yermak.

Taking to Facebook on Thursday, January 5, Leros wrote: “To the attention of the media and conscious citizens of our country!

“In recent months, I have been constantly receiving information that the SBU and prosecutors have begun to brutally “work” on my entourage. These are not only threats but also real intimidation and harassment.”

He added: “There is even a case of physical force.”

The People’s Deputy of Ukraine noted that he has been forced to write false public statements and accused the Ukrainian president of a total usurpation of power.

“Often ‘werewolves in the woods’ offer my friends to help me and then call me to a meeting somewhere,” he wrote.

He added: “It is obvious to me that it is a matter of time before they will be able to bring the case to an end, crossing some unprecedented boundary.

“I appeal to members of the public, Ukrainian and foreign media: The war cannot be a reason to turn a blind eye to the arbitrariness committed by the authorities, to the destruction of freedoms and democracy.

“Zelensky and Yermak are on the way to a total usurpation of power with unlimited power over people and resources of the country.”

“If something happens to me or someone from my entourage, I blame it on the above-mentioned scoundrels who insidiously, deceiving Ukrainians, seized power in Ukraine,” he concluded.