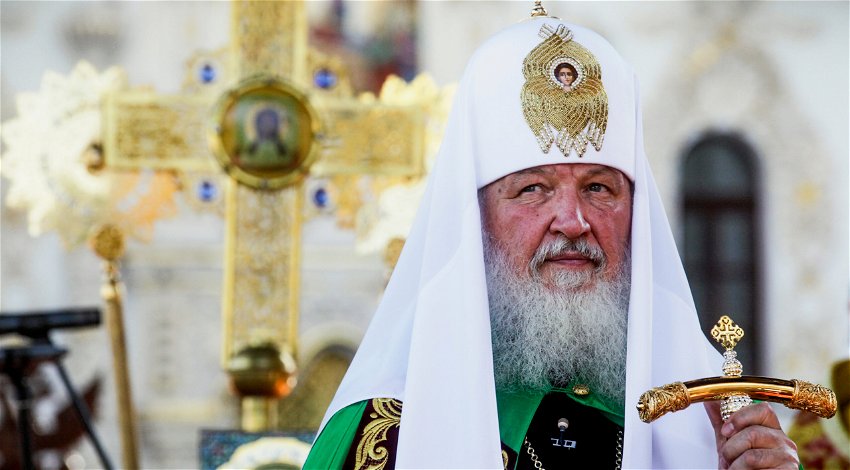 Patriarch Kirill of Moscow and All Russia has urged that Ukraine and Russia respect a “Christmas truce” from 12 pm on January 6 to 12 am on January 7.

Prominent news outlet BAZA reported the call for a “Christmas truce” from Patriarch Kirill of Moscow and All Russia via their Telegram channel on Thursday, January 5.

“I, Kirill, Patriarch of Moscow and All Russia, appeal to all parties involved in the internecine conflict with an appeal to cease fire and establish a Christmas truce from 12:00 on January 6 to 24:00 on January 7, so that Orthodox people can attend services on Christmas Christmas Eve and on the day of the Nativity of Christ,” Kirill reportedly said.

Last year, the Russian Orthodox Church head Vladimir Gundyaev aka Patriarch Kirill was among many Russians to receive sanctions from the UK.

At the time, it was noted that Kirill was a vocal supporter of Russia’s war against Ukraine, which has destroyed churches and killed worshipers of his religion.

Then back in November 2022, Belarus President Alexander Lukashenko praised Patriarch Kirill of Moscow and All Russia on his birthday and thanked him for his “tireless work”.

On Sunday, November 20, Lukashenko was quick to praise Patriarch Kirill on his birthday, noting that the Russian Orthodox Church has faced a difficult time at a time of struggle for basic human values.

“Your archpastoral ministry of the Russian Orthodox Church fell at a difficult time for the entire planet, when the main universal values – readiness to fight for the just cause, protect the homeland, the faith of fathers and the future of children – have taken on special significance,” the President on Belarus said at the time.

Lukashenko also stressed that “against this background, the high authority, the wise word and the prayerful help of the Patriarch is an unshakable moral guide for all Orthodox believers, which strengthens the millennial traditions of Christianity in their hearts.”

The President of Belarus thanked Patriarch Kirill for his “tireless work, which gives people the strength to support each other, maintaining spiritual and cultural unity, and wished him good health and inexhaustible energy in his service for the benefit of the Church and the whole Orthodox world.”