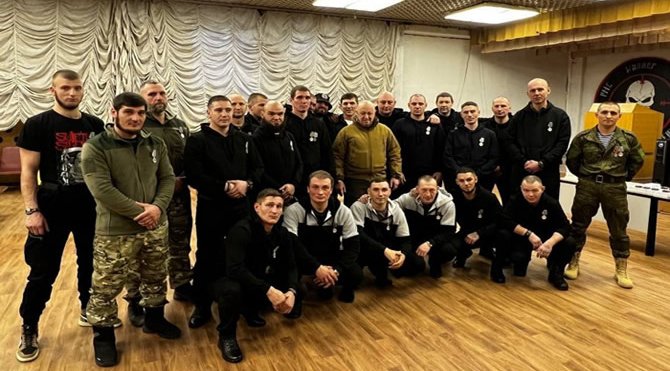 As promised when they signed up with the Wagner PMC, after their contracts expired, the first ex-convicts have been pardoned by Evgeny Prigozhin.

Wanger PMC boss, Evgeny Prigozhin has reportedly pardoned the first of the convicts freed from prison to fight for his mercenary organisation in Ukraine. The former jailbirds signed up with Wagner on the promise that once their contracted time was fulfilled, they would be granted a full pardon for the crimes they had committed previously.

This system was initiated personally by Prigozhin and these convicts were his pioneers. According to a post on the Grey Zone Telegram channel today, Thursday, January 5, the private army boss insisted that his controversial move to conscript prisoners had produced results.

It was the Wagner Group’s assault squad of prisoners who were among those who took the Uglegorsk thermal power station, which was liberated on July 26, 2022, he claimed.

While visiting a rehabilitation centre for the Wagner fighters near the town of Anapa in Krasnodar Krai, Prigozhin was pictured meeting with his men. He presented them with state and internal medals and orders, as well as the long-awaited pardon paper.

The former convicts were assured that there should be no problems on the outside and that the police were obliged to treat them with respect. In case the law enforcement authorities suddenly had any questions – because such a legal precedent cannot be ruled out – Prigozhin gave them the business card of his legal department.

The fighters were assured that they would be able to address any claims arising against them, which would be solved, including by himself personally if necessary, he assured. The Wagner boss noted that many of these men expressed a desire to stay at Wagner or return to it after they have checked in with family and friends.