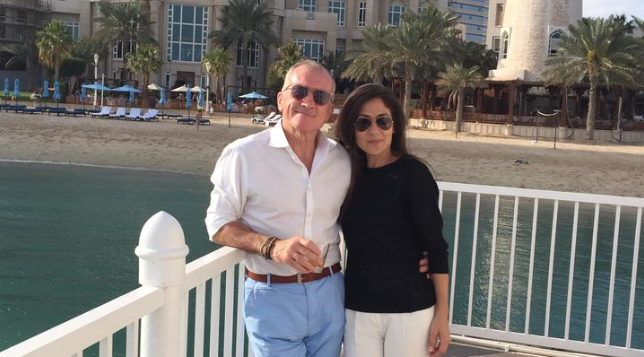 HEARTBREAKING news from Spain’s Andalucia after it was revealed that popular Scottish boxing coach and former Scots boxer Brian Ferguson died suddenly from a suspected heart attack, as reported on Friday, January 6.

Mr Ferguson passed away in his apartment in the coastal town of Manilva, near Málaga a day after he reported feeling dizzy.

The 65-year-old dad-of-three opened a boxing gym in the area after moving to Andalucia in January 2022.

Speaking to the Daily Record, the former boxer’s partner, Janine Hayek said that Brian’s death came as a shock as he was healthy and never sick.

“He was the picture of health and fitness, he’d never been sick. He was such a good-hearted and generous person. I never met anyone that had a bad word to say about him. He was loved by everyone.”

“We had so many plans together. I loved him, still love him and always will love him.

“I can’t believe that he’s gone forever and that I won’t hear his voice or see him again. My life won’t be the same without him.”

Ms Hayek also shared a tribute on Facebook alongside a picture of the couple.

“I can’t believe that you left me and you’ve gone forever,” she wrote.

“I won’t hear your voice or see you again. You are my whole world. The love of my life. I loved you, still love you and will always love you. Everything reminds me of you.”

She added: “We’ll live everyday together as if you are here with me. I miss you Brian Ferguson. Rest In Peace my love.”

According to Janine, the pair spoke on the phone at around 3 pm on Tuesday, January 3, which is when Brian complained that he felt ‘dizzy’.

After going for a walk in order to clear his head, Brian promised to phone Janine when he returned.

However, he never called.

Based in Qatar where she met Brian, Janine called Brian’s Malaga-based twin brother on the morning of January 4 to go round to check on him after she had not been able to make contact.

A funeral for Brian will be held in his home town of Glasgow in the coming weeks.

Janine, who is in Qatar caring for her mother, added: “It was through boxing that we met. I was having a difficult time and everyone advised me to take it up to release negativity and stress. It was in Qatar that Brian trained me and that’s where we fell in love.

“Most of his clients were British and Spanish. He always believed that boxing wasn’t just something you took up for a season, but for life.

“Everything reminds me of him. I can’t face returning to Spain if he’s not there. Making the journey on my own and staring at the spot in the airport where he should have been waiting for me would be dreadful.

“Brian told me that my mum was the priority but I wanted to be with him. I wish I could have gave him my heart to live.”

Paying tribute to the former boxer, who had trained former professionals including Frank Bruno and Gary Jacob, one person on Facebook wrote: “Absolutely devastated Janine, thinking of you at this very sad and difficult time. Love you.”