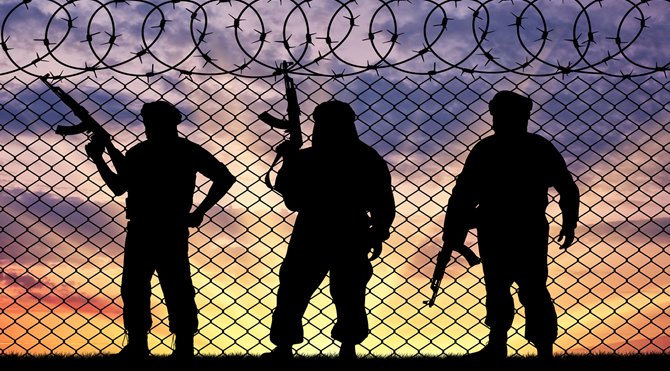 The U.S. Treasury Department exposed a major Islamic State (ISIS) network that had been operating in Turkey since 2016.

The US Treasury Department revealed on Thursday, January 5, that the head of a major Islamic State (ISIS) network has been living in Turkey since 2016.
This individual had allegedly been actively recruiting members to the terror organisation and distributing funds. Steps have subsequently been taken to freeze the assets of the network’s members by Turkish officials.
A statement from the US Treasury Department read: “Today, the US Department of the Treasury’s Office of Foreign Assets Control (OFAC) designated critical nodes of a key financial facilitation network of the Islamic State of Iraq and Syria (ISIS)”.
It continued: ” This included four individuals and two entities in Turkey, who have enabled the terrorist group’s recruitment and financial transfers to and from Iraq and Syria”.

“This network played a key role in money management, transfer, and distribution for ISIS in the region. Concurrently, the Turkish Ministry of Treasury and Finance, together with the Ministry of Interior, has implemented an asset freeze against members of this network”, the statement concluded.

Brukan al-Khatuni, an Iraqi national, was named as the head of the network. He allegedly joined an ‘ISIS recruitment cell’ in Turkey back in 2016 and had since been tasked with: “spreading the ideology of ISIS’s previous leader Abu Bakr al-Baghdadi.”

In 2018, as part of his involvement in managing the Turkish-based ISIS financing, the terror group transferred millions of dollars to him. He then allegedly used a system of ‘hawala offices’ to transfer this funding outside the banking system.

To facilitate the transfer of money, in 2019, Brukan al-Khatuni apparently set up a company called Sham Express in Turkey. The U.S. Treasury Department statement claimed that this outlet was then used for transferring money by ISIS-affiliated individuals.

Sham Express was discovered to have been used in particular by Lu’ay Jasim Hammadi al-Juburi, a well-known ISIS financial facilitator. He used the company to move funds between Iraq, Syria, and Turkey they alleged.

According to the statement, a decision was ‘synchronically’ made by U.S. and Turkish authorities on Thursday to freeze all of the network’s assets. Later on Thursday, a Turkish Foreign Ministry spokesman confirmed that the ‘financial assets of a network linked to ISIS’ had been frozen, as reported by gerceknews.com.