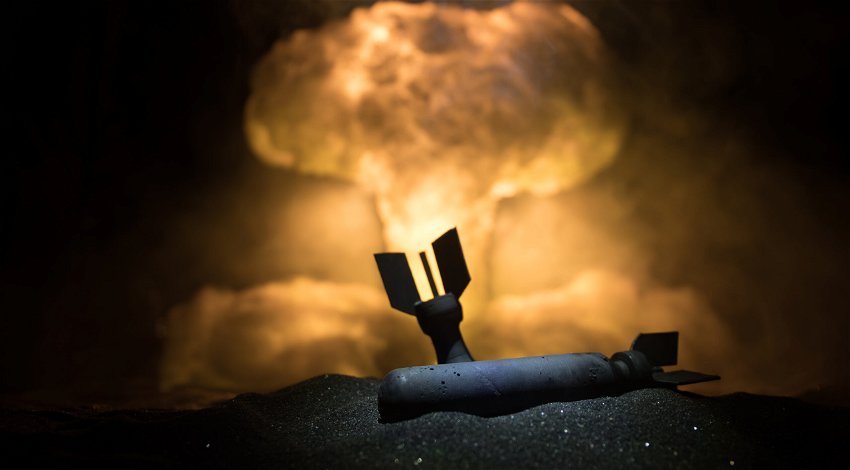 ACCORDING to a representative of the Defence Intelligence of Ukraine, Russian President Vladimir Putin could be ready to unleash nuclear action against Ukraine with Crimea and Belarus as potential launching grounds.

Speaking on TV channel FREEDOM on Friday, January 6, Andriy Yusov said that Putin considers Crimea and Belarus as territories for nuclear provocations and potential launching grounds for an attack.

The Ukrainian intelligence expert noted that the threat of a nuclear strike by Russia and the Putin regime cannot be ruled out.

“There is information that the temporarily occupied Crimea and the territory of modern Belarus are considered by Putin for such provocations. All this information is being monitored,” Andriy Yusov said.

He added that “even the Kremlin understands that such a step, if it takes place, will be the last for the dominant Russian regime.”

The assessment made by Yusov comes after the Kremlin said recently that does not intend to suddenly change its nuclear doctrine.

Asked whether Russia’s nuclear doctrine could be adjusted, Vladimir Putin’s press secretary, Dmitry Peskov, said on Monday, December 12, 2022: “We are not talking about some quick actions in this regard.

“We are talking about the fact that the thought process is constantly going on, there is a comparison of doctrinal guidelines. This is constantly analysed at the expert level, including taking into account how the overall situation is developing.”

It can also occur if reliable information is received about the launch of ballistic missiles to attack Russia and its allies, the impact of the enemy on objects necessary for retaliatory actions of nuclear forces, as well as in the event of aggression against the Russian Federation with the use of conventional weapons, or when the very existence of the state is threatened.