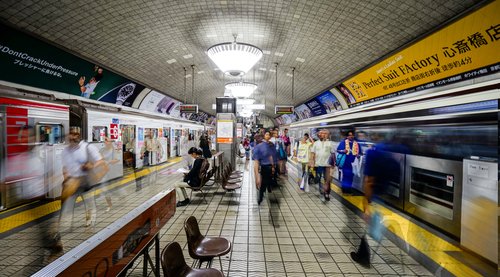 The subway system in Kobe, Japan was temporarily brought to a standstill after a young girl snuck into the driver´s cab and began to play with the controls.

According to the Japanese newspaper Yomiuri Shimbun on Friday, January 6 the train driver left the cab door unlocked at the Seishin-Chuo terminal where they begin the return journey.

While the driver was making their way to the cab at the other end of the train the young girl started playing with all the controls, turning off the headlights and the destination display. When the driver realised what was happening he returned and asked her to leave the cab.

But the enthusiastic would-be young driver then slipped into the cab of another train and promptly set about playing with the controls. As a result, the railway operator brought everything to a halt while they checked the systems and made sure that she hadn´t caused any further issues.

Once they were happy everyone was safe the lines were reopened. In total more than 23 trains were affected for around 20 minutes, a major issue in a country where punctuality is everything.

Delays just don´t occur in Japan prompting the train operator to say “We deeply apologise for the problems caused. We will make sure that the doors are locked.”

Quite how the young girl brought the subway to a standstill is somewhat of a mystery given security regulations, CCTV and the watchful eye of parents and passengers.