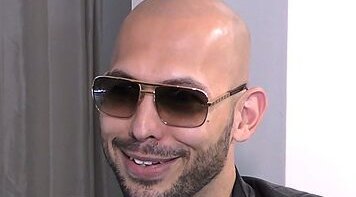 The misogynist influencer who was recently arrested in Romania on charges of human trafficking is believed to have “branded” his victims using tattoos to identify them.

According to radaronline.com on Saturday, January 7 Tate is said to have had the women tattooed with the words “owned by Tate.”

A new report now claims Tate’s alleged victims were branded with his name, adding to the seriousness of the charges against him. Investigators are believed to have found the inks on a number of Romanian women that were featured in his webcam videos.

The tattoo first came to light when a 22-year-old American woman accused Tate of raping her in April 2022. That accusation led to increased surveillance of Tate and his business.

Comments made by Tate in his videos suggested that women are the property of men and that they should not be allowed to drive nor profit from any adult entertainment work. In July 2022 he told Barstool Sports. “”It’s not about being property, it’s about she belonging to him, and the intimate parts of her body belong to him because they’re in a relationship.

“And if she wants to sell those, he has a stake in those parts of her body,” adding that, “I think the women belong to the man.”

Investigations continue into Andrew Tate´s affairs in Romania where he is being held by police. If the “branded” allegations are true and victims are found with these tattoos, they will help to strengthen the prosecutor’s case against Tate and his brother Tristan.