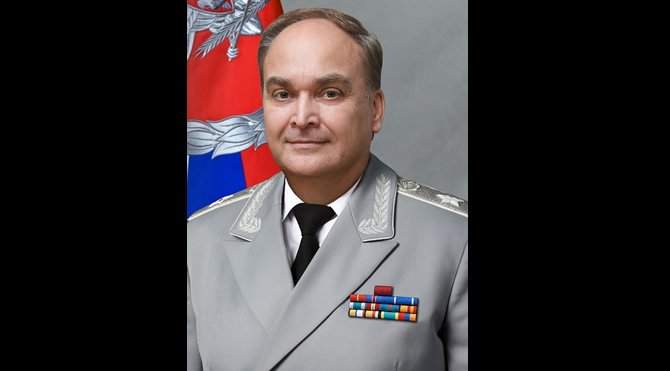 Washington’s insistence on sending military aid to Ukraine only encourages Kyiv to commit ‘terrible deeds’ insisted the Russian Ambassador to the U.S.

Anatoly Antonov responded today, Friday, January 6, to questions from the media about Washington’s intention to transfer Bradley Infantry Fighting Vehicles to Kyiv. The Russian Ambassador to the United States made his thoughts perfectly clear.

His response was posted on the official Telegram channel of the Russian Foreign Ministry, in which Antonov said: “This step comes as a confirmation that our interlocutors in the United States have not even tried to listen to our numerous calls to take into account possible consequences of such a dangerous course by Washington”.

“It is finally becoming clear to the whole international community that in 2014 the U.S. unleashed a real proxy war against Russia by supporting nazi criminals in Kyiv. Any talk about a ‘defensive nature’ of weapons supplied to Ukraine has long become absurd”.

“The actions of the Administration spur Ukrainian radicals to proceed with their terrible deeds. With every consecutive transfer of arms, their feeling of impunity grows stronger. They continue to kill civilians in the Donbas, Zaporizhzhia, and Kherson regions of the Russian Federation in an extremely cynical way”.

“Even more remarkably, the Administration revealed the abovementioned decision after a phone conversation between President Biden and German Chancellor Scholz. The international community must not ignore the fact that Angela Merkel and Francois Hollande both confessed that the Minsk agreements served to give time to Kyiv to enhance its military capabilities”.

“In view of close ties between Washington and Berlin, it becomes clear that the West under U.S. leadership simply deceived our country and started to purposefully weaken Russia much earlier than February 24, 2022”

“How shall one trust the politicians of major west European states if and when there comes a moment to talk about the future world order, the system and the substance of agreements possibly needed to this end?”.

“Nobody should still have doubts about who bears responsibility for prolonging this conflict. All the actions by the Administration indicate a lack of any desire for a political settlement. Even the unilaterally declared ceasefire by the Russian Federation along the entire line of contact in Ukraine during Orthodox Christmas was labelled as an attempt to ‘find some oxygen'”.

“All this means that Washington is committed to fighting with us ‘to the last Ukrainian’, while the destiny of the people of Ukraine means nothing to the U.S.”.