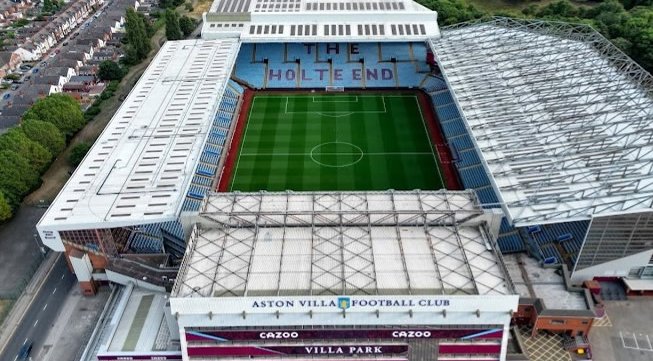 Aston Villa have been stunned at home by League Two side Stevenage, falling to a 2-1 defeat.

Another massive upset occurred in the third round of the Emirates FA Cup this evening, Sunday, January 8. League Two side Stevenage travelled to the formidable ground of Villa Park to take on Aston Villa and ran out 2-1 winners despite being separated by 59 places in the football league.

This follows yesterday’s cup upset where Newcastle United were beaten by League One side Sheffield Wednesday.

An awful statistic for the Midlands club is that this is now the eighth consecutive season that they have been dumped out of the competition in the third round.

Villa turned in what can only be described as a very average performance. They took the lead after 33 minutes when Morgan Sanson netted for the home side.

Everything pointed to Villa holding on to their slender lead until a red card was shown to Leander Dendoncker in the 85th minute. He hauled down Dean Campbell after being dispossessed inside the box. It took a VAR decision to confirm the penalty but substitute Jamie Reid calmly slotted the equaliser home on 88 minutes.

A nervous finale was set up and incredibly, from a corner, Dean Campbell fired the ball into the net beyond Robin Olsen in the 91st minute to give Stevenage the win. Their prize is a fourth-round clash away to Stoke City.

WOULD YOU BELIEVE IT!? 😮@StevenageFC have come from behind in the final few minutes. Surely they've won it? 🤯🤯🤯#EmiratesFACup pic.twitter.com/bfa5QuIFWr

The @StevenageFC players are definitely going to enjoy this win 🎉#EmiratesFACuppic.twitter.com/2CUSMOZbqG