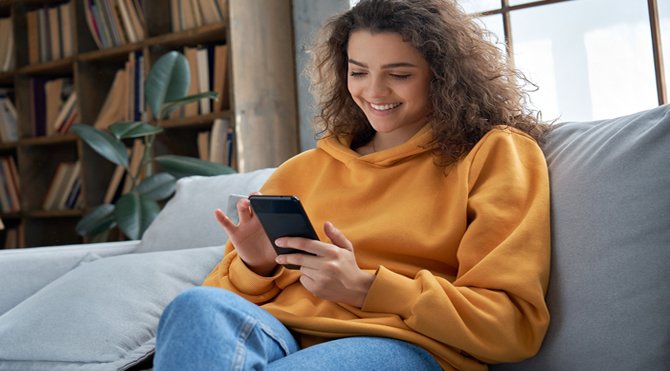 Image of a girl with a mobile phone. Credit: Ground Picture/Shutterstock.com

Rates will increase in Spain this month for clients of Movistar and Vodafone.

Movistar and Vodafone customers in Spain face increased rates this month. Telefonica will raise Movistar’s rates from next Friday, January 13. Vodafone’s new rates will come into operation on Sunday, January 22.

As announced to its customers by the multinational, Movistar will put its prices up by an average of 6.8 per cent. The company also pointed out that this increase is lower than 2022’s average CPI of 8.4 per cent.

Telefonica explained that this new price rise is not due to inflation but is a result of an increase in costs in the telecommunications sector. As a result, the company assured it is not triggering any ‘IPC clause’ for review for future years.

Vodafone announced at the end of last year that from 2023 it would update its packages according to the averaged annual CPI. As a result, it has been calculated that the British operator will raise its rates by an average of €4.

This will mean approximately an extra €2.50 on average for mobile-only plans, and €5.50 on average for its convergent plans. The company has justified the price rises by pointing out that is the first increase in 18 months.

It is being done with the aim of curbing the impact of inflation on costs, energy, and suppliers the company insisted. The increases will also enable the operator to cope with the pace of investment in the infrastructure of its innovative network and services.

According to a recent analysis by the price comparator Kelisto.es, Telefonica and Vodafone could generate up to €486 million in additional revenue with these new charges if they maintain their current volume of fixed users.

Orange said that it does not plan to follow the rise of its two most direct rivals, because it already raised prices last August.

MasMovil has not yet specified its price policy for 2023. However, in a recent informative meeting, its CEO, Meinrad Spenger, said that a rate increase is ‘necessary for a sector that is now the only deflationary one’. He highlighted that Spain is ‘almost the last country reacting in a soft way’, while increases in other countries are more pronounced.

Spain’s fifth-largest national operator, Digi, has ruled out raising prices at the start of this new year. Its managers in Spain said that a rise in their bills now would not be well received by their average customer profile, who pays a lot of attention to every euro they pay for telecommunications, as reported by 20minutos.es.