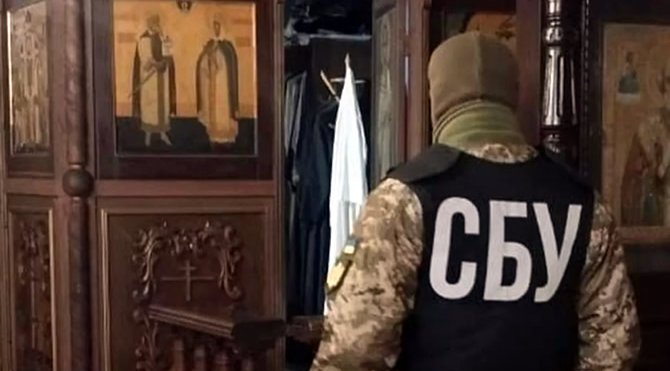 Volodymyr Zelenskyy, the President of Ukraine, on December 28 signed Decree No. 898/2022. This suspended the citizenship of 13 priests belonging to the canonical Ukrainian Orthodox Church, as revealed on Saturday, January 7 by Lb.ua.

“As often happens in such cases, the decree is not officially made public because it contains personal information. But, according to sources, we are talking about the suspension of the citizenship of 13 representatives of the UOC”, the publication said.

According to Lb.ua, the State Migration Service also received the corresponding notification about the loss of citizenship by the specified persons. Under the current laws, they could be deported in the future.

In particular, the case concerns Metropolitan Ionafan of Tulchyn and Bratslav, whom the Security Service of Ukraine suspects of state treason. According to Lb.ua, he has a Russian passport. Another cleric is Bishop Serhiy of Ladyzhyn, the vicar of the Tulchyn eparchy, who is said to be very close to Ionafan.

Zelenskyy’s decision was described as ‘Satanism as it is’ by Maria Zakharova, the official representative of the Russian Foreign Ministry. Posting on her official Telegram channel, Zakharova wrote: “Against the backdrop of a Russian military special operation, the Kyiv regime unleashed the largest wave of persecution of the UOC in the recent history of the country”.

She also posted: “Volodymyr Zelenskyy stripped 13 priests of the canonical Ukrainian Orthodox Church of their Ukrainian citizenship. And this on an Orthodox Christmas! Satanism as it is”.

Referring to its connection with Russia, the authorities of some Ukrainian regions banned the activities of the UOC on their territory. A bill was submitted to the Verkhovna Rada on the actual ban of the Church throughout Ukraine.

The SBU has initiated criminal cases against the clergy of the UOC for conducting ‘counter-intelligence activities’ in the homes of bishops and priests, churches and monasteries.

This included the Kyiv-Pechersk Lavra, where the SBU previously conducted searches in the temples of the UOC. They claimed to have found evidence including leaflets and pro-Kremlin literature of ‘anti-Ukrainian activities’. As a result, state sanctions were imposed against some clergy, as reported by ria.ru.