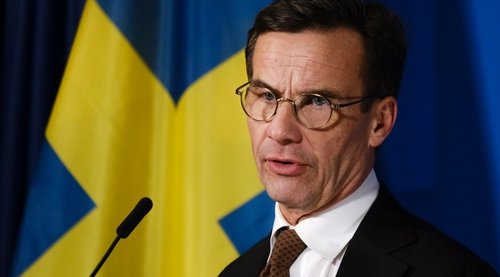 Sweden is to reinstate formal civil duty that will see people conscripted into municipal rescue services in time of war.

According to news site SVT on Monday, January 9 the announcement was made by Prime Minister Ulf Kristersson (M), Defence Minister Pål Jonson (M) and Minister of Civil Defence Carl-Oskar Bohlin (M) at a press conference entitled People and Defence in Sälen.

Kristersson said: “We are going back to a situation where we have a formalised civil duty,” which according to Bohlin is the first step in preparing people with rescue service expertise.

He said: “We don’t know exactly how many people might be covered by the obligation. We see that the municipal rescue service today is not dimensioned for the requirements of heightened preparedness and ultimately an armed attack.

“Experiences from Ukraine are clear – when it comes to protecting the civilian population, rescue services are put under very heavy pressure.”

He added: “Those who are placed with civil duty will have to undergo additional training for rescue services during war.”

The Swedish Civil Contingencies Agency is being given until March 1 to make the necessary preparation for the activation of civil duty.

A SVT Nyheter’s reporter Andreas Öbrink asked Bohlin whether this is a return to Cold War days, when civil duty covered many professional groups, including preschool staff and people who handled the electricity grid.

Bohlin responded by saying: “I think we are heading in that direction, there is broader work going on the issue of civil duty within the government offices, which we will have to return to in the near future.”

Civil duty is the civilian equivalent of conscription and is designed to insure that the country is prepared to handle emergency and essential services during a war or crisis situation. The ideas is important parts of society function in the event of war danger and war.

The last time civil duty training was undertaken in Sweden was in 2008.