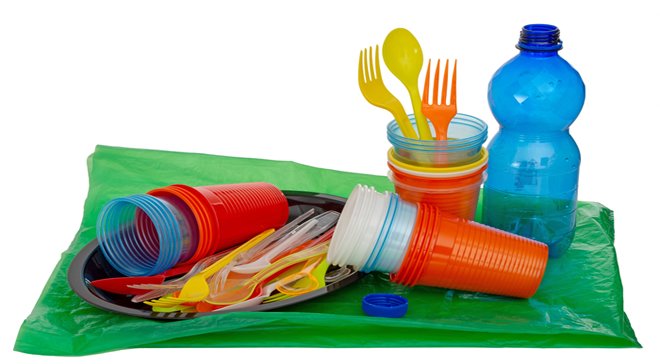 The government has confirmed that single-use items like plastic cutlery, plates, and polystyrene trays will be banned in England.

Environment Secretary Therese Coffey confirmed on Monday, January 9, that the use of single-use items is to be banned in England. These include polystyrene trays, plates, and plastic cutlery mainly used for takeaway food and drink.

A specific starting date was not given, but similar moves have already been announced recently in Scotland and Wales. Items found in supermarkets or shops will not come under this initiative. This is something that would need to be looked into differently she said.

“I am determined to drive forward action to tackle this issue head-on. We’ve already taken major steps in recent years – but we know there is more to do, and we have again listened to the public’s calls”, said Ms Coffey.

She continued: “This new ban will have a huge impact to stop the pollution of billions of pieces of plastics and help to protect the natural environment for future generations”. The Department for Environment, Food and Rural Affairs (Defra), is due to confirm this move on Saturday 14.

“We’re dealing with a plastic flood, and this is like reaching for a mop instead of turning off the tap”, argued Greenpeace UK political campaigner, Megan Randles. She urged the government to apply a strategy to the reduction in the use of plastics that would be wider-ranging, such as “a proper reuse and refill scheme”.

In excess of four billion single pieces of plastic cutlery are used and discarded in England annually according to government data. Another 1.1 billion single-use plastic plates are also used. When dumped in landfills, this plastic waste can reportedly take many years to decompose.

According to Defra, an average of 37 items of plastic cutlery and 18 single-use plastic plates are used by every person annually in England. Only 10 per cent of these are recycled they claimed.

Wales approved similar plastic-use laws that will come into force in late 2023. Businesses in Scotland have already been banned from using single-use plastic goods since June 2022, as reported by bbc.com.