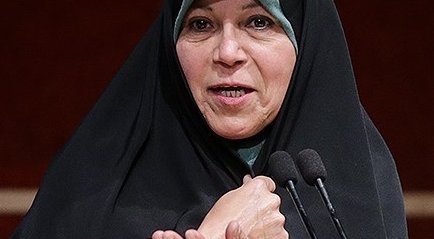 The former Iranian President Akbar Hashemi Rafsanjani´s daughter has been jailed for five years after being found guilty of spreading propaganda against the government.

According to CNN on Tuesday, January 10 Faezeh Hashemi is considered a known “activist” and is currently facing more charges.

Her lawyer, Neda Shams, tweeted “The client is still in prison and there are other cases against her.”

The state-aligned news Agency ISNA said that she was indicted last year by Tehran’s public prosecutor and was arrested and transferred to Evin prison in September.

Hashemi has been jailed before having made anti-government statements and having participated in protests calling for changes and the government to go.

Iran has stepped up it detentions and hangings in recent days after numerous arrests following the riots in protest against the killing of Mahsa Amini in police custody.

Eager to stamp out dissent the government has arrested many journalists as well as high-profile individuals for either speaking out or showing support for the protestors. Included among the arrests are a writer and poet Mona Borzouei, singer Shervin Hajipour and Iranian football player Hossein Mahini.

Hashemi´s father was one of those who brought down the Shah´s government but was seen to be a moderate who liberalise the country. Rafsanjani died in 2017 aged 82, but his daughter has carried on his work.

The detentions and hangings have been criticised internationally but those criticisms and calls for protestors to be released have fallen on deaf ears, as have calls by human rights groups to stop the country from arresting and hanging people for “spearing propaganda.”