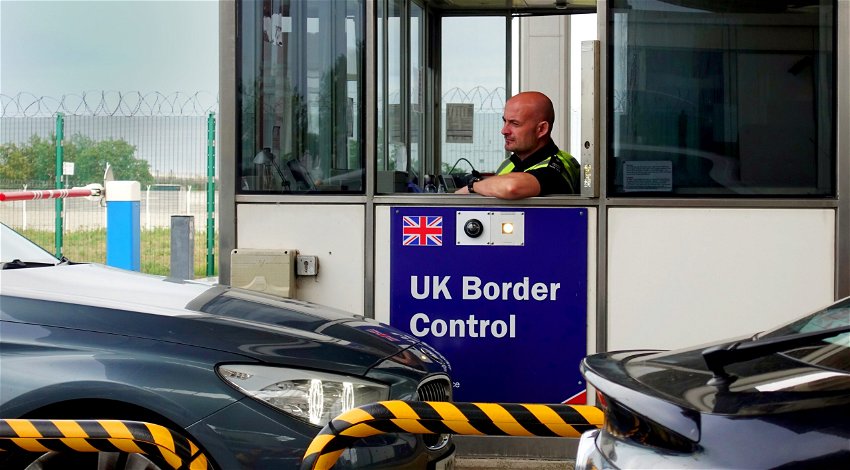 The UK government is said to be considering turning the UK´s Border Force Agency into a uniformed service, effectively removing the right of officers to strike.

According to the Telegraph on Tuesday, January 10 ministers are said to be frustrated with industrial action in an area they consider an essential service. They believe border agents are crucial to the country´s security and therefore crucial that they are fully operational at all times.

It is understood that they have ruled out a ban on strike action, which would potentially end up in the courts. The designation as a uniformed service would allow ministers to change the operation to mimic the armed services, where strike action is not allowed by law.

Ministers have expressed concern that the current strike action is about to be escalated with the possibility of simultaneous walkouts at air and seaports.

Alexander Downer, the former Australian Foreign Minister who put together their border policy, is said to be behind the planned measures. He was commissioned by the government to review the workings of the Border Force in 2012.

Among the measures he is said to have proposed are a military-style academy along the lines of Sandhurst, changes to employment contracts that allow some to opt out of unsociable hours and the overall reform of all training.

Home Secretary Suella Braverman and Immigration Minister Robert Jenrick are said to be considering the options proposed, with a government spokesperson saying: “There is a tension in the Border Force.

“On the one hand, they provide a critical service and should be treated as such but on the other they go on strike and cause havoc at our borders in a way other emergency services like the police would not do so.

“The way to resolve that tension is to make it a fully-fledged uniformed service, where you would provide it with the characteristics that a uniformed force possesses – as per Downer – and hold them to that elevated standard.”

Downer told the Telegraph: “A lot of this goes to the training.

“They would all have a comprehensive training scheme so that they learn the basic skills across the board including customs and immigration skills. It also helps build an esprit de corps in BF, a greater sense of belonging to a professional organisation.”

He continued saying there are inconsistencies in employment contracts and training with some trained to protect a colleague in a confrontation and others not. He also said that the Border Force should have direct access to ministers like the military have and should not be left out of discussions on the issue.

Euro Weekly News reported that former Home Secretary Priti Patel had refused to meet with the head of the agency despite numerous attempts to do so.

The government have for some time considered various options to develop fortress Britain but without much success. The latest round of industrial action by UK Border Force agents has led ministers to prioritise changes that could help to achieve this aim.