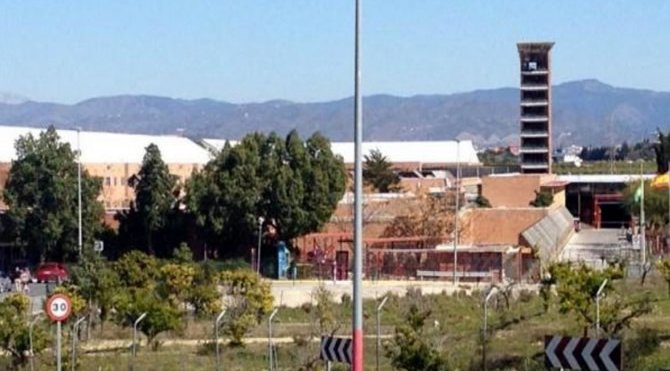 Warders found the inmate hanged inside his cell in Alhaurin de la Torre prison in Malaga.

A man who was incarcerated in Alhaurin de la Torre prison just three weeks ago was discovered hanged in his cell this morning, Tuesday, January 10. His body was reportedly found by prison warders returning from conducting their early-morning routine prisoner count.

The inmate had been sent to prison by a judge in Estepona’s No3 Court of First Instance and Preliminary Investigation. He was found guilty of stabbing his ex-wife eight times with a knife. This act was carried out in the presence of his young daughters, who prevented him from ending the woman’s life.

As reported by ABC, the man took his life by using the shoelace from his slippers to hang himself. Officials at the prison found him lifeless at around 8:30am. They claimed that when they checked on him at 8am he was still alive.

It would appear that the 48-year-old prisoner took advantage of the fact that his cellmate had been released to carry out certain procedures to take his own life without major complications the officials added.

Initial evidence indicates a suicide although the cause of death will only be determined by the judicial authority after a post-mortem examination is carried out.

The incident leading to his imprisonment took place on December 19. He took offence to the fact that his ex-wife was in another relationship and attacked her in front of the two girls aged 17 and 12.

As a result of being stabbed eight times, the 42-year-old woman was admitted to hospital with a serious prognosis, but recovered. Her assailant fled but was quickly apprehended not far from the property where the attack occurred. At the time of his arrest, the man was said to have been bleeding from a self-inflicted knife wound on his forearm.

Prior to the assault, the man had been arrested on several occasions for domestic abuse. His ex-wife denounced him many times and a restraining order had apparently only recently expired before the December attack.

He was released from prison only last November after serving a sentence for a crime of domestic abuse towards his ex-wife and another crime of robbery with force.