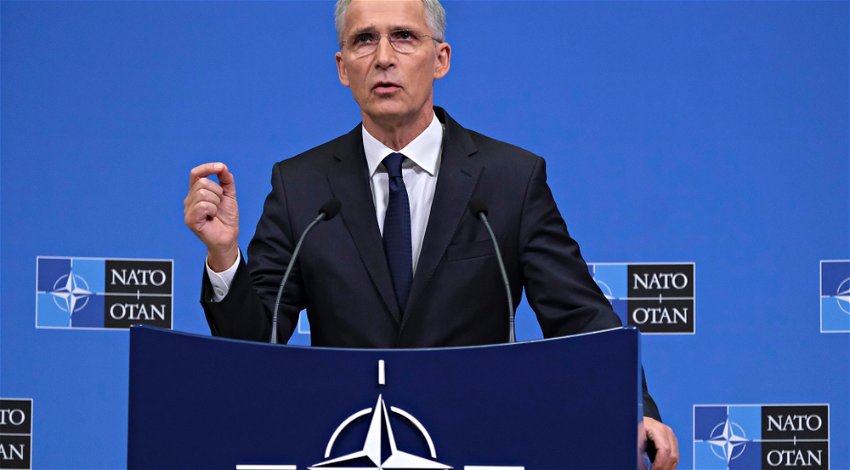 NATO Chief Jens Stoltenberg along with European Union leaders on Tuesday, January 10, announced to further boost the backing for Ukraine.

Stoltenberg made this statement after signing a joint declaration with the EU top officials and said, “We must continue to strengthen the partnership between NATO and the European Union. And we must further strengthen our support to Ukraine”.

This statement comes at a time when 21 member countries in the EU and NATO have sent billions of dollars in military aid to Ukraine, to help them against the invasion by Russia.

The NATO chief also announced that Ukraine´s western allies will also meet the country’s defence minister next week, to further discuss the types of weapons required by their military forces.

“This is not only about adding more systems, more platforms, more weapons, but also ensuring that the platforms, the weapons we have already provided are working as they should”, said Stoltenberg, in a quote cited by France 24.

He added, “Our declaration makes clear that NATO remains the foundation of collective defence and remains essential for Euro-Atlantic security,” Stoltenberg said.

“It also recognises the value of a more capable European defence that contributes positively to our security and is complementary to and interoperable with NATO.”

Meanwhile European Commission President Ursula von der Leyen, also made a statement and said that she thinks, Ukraine should get all the necessary military equipment, adding, “they can handle to defend the homeland”.

“This means of course, advanced air defence systems, but also other types of advanced military equipment, as long as it is necessary to defend Ukraine”, she added.

Recently the U.S., Germany and France announced their plans to supply armoured vehicles to Ukraine, while officials in Kyiv demand more modern heavy tanks to fight the Russians.