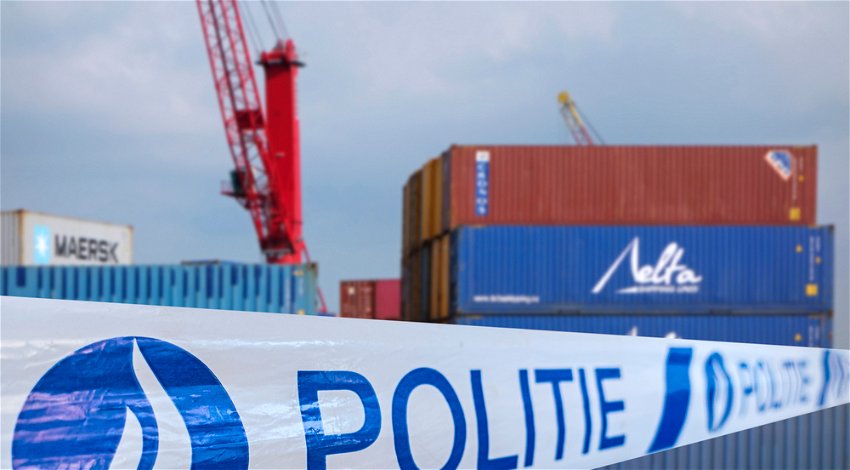 Record seizures of cocaine made in Belgium as country witnesses drug war. Photo by Philippe-Clement Shutterstock.com

Authorities in Belgium have announced that a record seizure of cocaine was made in the country during 2022, as the main container terminal in Antwerp is now considered a gateway for illegal drugs into Europe

Customs services in Belgium have said that a record quantity of cocaine was seized by the police at the port in Antwerp in 2022.

The government released the annual figures on Tuesday, January 10, following the murder of an 11-year-old girl in a gun attack.

The Belgian port at Antwerp seized over 109.9 tonnes of cocaine in 2022, but authorities say that an unknown quantity, much higher than the one seized, is reaching the market.

Authorities also said that seizures made in 2022 were higher than 89.9 tonnes compared to 2021.

In the Netherlands, the Dutch police also reportedly battled the same gangs. They announced that a further 52.2 tonnes were seized by them.

Another investigation by the Dutch authorities revealed that drugs worth an estimated €3.5 billion were seized by them.

They released the statistics during a joint press conference held in Antwerp.

Representatives from both countries hailed their cooperation to address the illegal drug issue and said that over € 70 million will be invested in high-tech tools.

“For the Netherlands, the next few years’ spending will relate in particular to artificial intelligence, chemical detection and tracking containers”, said the joint statement, as cited by France 24.

European police have also reportedly made several high-profile arrests in the case. They state that the arrests were made after cracking an encrypted text message network, which is used by the gangs.
This resulted in several large-scale drug busts in the past weeks.

Meanwhile, Belgium is also witnessing an increase in shootings across the neighborhoods in Antwerp, one of which also killed a girl on Monday.

The Mayor of Antwerp, Bart De Wever recently called the shooting, a part of the ongoing drug war in the country.  He also said that the attacks were rival groups settling scores, as “A drug war is under way”.

As per Belgian prosecutors, the country in the past five years has witnessed over 200 incidents of drug related violence. Several assaults have been reported aside from explosives thrown inside homes.