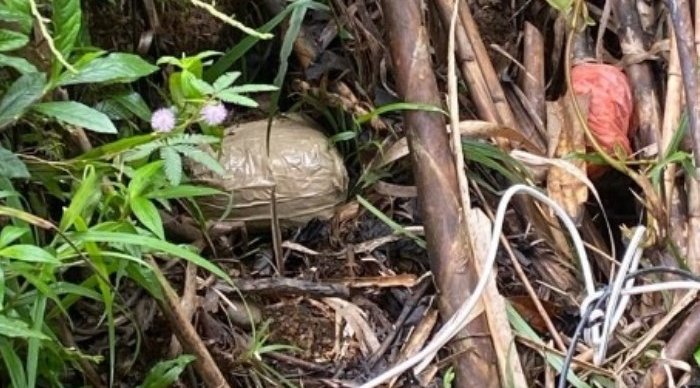 Image of an explosive device discovered by the security team. Credit: [email protected]

A suspected assassination attempt on Francia Marquez, the Colombian Vice President, appears to have been foiled today, Tuesday, January 10. Members of her security team reportedly discovered and defused an explosive device placed near her family home at around 8am.

The Government representative posted a message on her official Twitter profile: “Members of my security team found a device with more than 7 kilos of explosive material on the road that leads to my family residence in the village of Yolombo, in Suarez, Cauca. It was destroyed in a controlled manner by anti-explosive personnel from the SIJIN”.

She also posted: “The attached report shows that it was a new attempt to attempt against my life. However, we will not stop working, day after day, until we reach the #PazTotal that dreams of and needs. We will not give up until in each territory it is possible to live in true harmony”.

A file attached to Ms Marquez’s post read; “Due to the characteristics and location of the device, intelligence and security personnel concluded that it is an obvious attack against the vice president”.

The device was described as consisting of an electric ignition system with a command line activation system. It was inside a plastic bag wrapped with brown tape and contained an explosive mix of ammonium nitrate and powdered aluminium.

Marquez is a Colombian human rights and environmental activist and lawyer, who is the 13th and current Vice President of Colombia. After taking office on August 27, 2022, she became the first Afro-Colombian vice president in the country’s history.