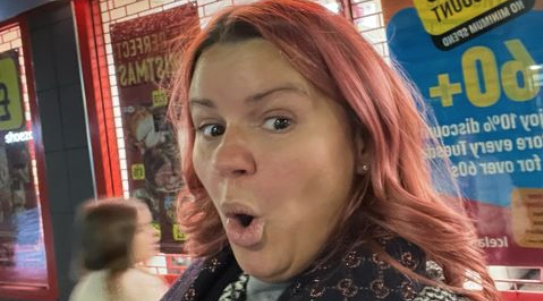 A FORMER British pop star has revealed that her Christmas was ruined by a mystery virus that doctors believe could have been a new variant of Covid.

Speaking in her latest OK! magazine column, former British pop star Kerry Katona, who confirmed last year that she wanted to start a new life on Spain’s Costa del Sol, said that her Christmas was ruined after coming down with a mystery virus, which doctors think might have been a new strain of Covid.

The 42-year-old mother-of-five said that despite taking several lateral flow tests, which all came back negative, doctors believe that the former Atomic Kitten singer could have struck down by a new variant of Covid that “hasn’t been identified yet.”

The OK magazine columnist first shared the news that her Christmas had been ruined on New Year’s Eve.

She told her fans at the time: “I am sick to death of moaning and complaining about being poorly. It has literally ruined my whole panto experience. It’s ruined my Christmas.”

Kerry, who also caught Covid around time back in 2020 and 2021, added: “I had Covid. I cracked on doing three day shows”. She said she felt “amazing” on antibiotics – but added that she has felt ill again in the days since Christmas.

“It’s really really got me down because I am normally like the person who’s full of morale and keeps the energy up, and all I’m doing is moaning and complaining.”

In her column, she added: “I finally feel like I’m back on the mend after being struck down with a virus.

“All of my lateral flow tests were negative, but every doctor I spoke to said they believed it could be a new variant of Covid that hasn’t been identified yet.”

She added: “I’ve never been so poorly in my life! I’ve been on two loads of antibiotics over the past few weeks. I’m still not 100% right, but I feel much better than I did and I’m getting there.”