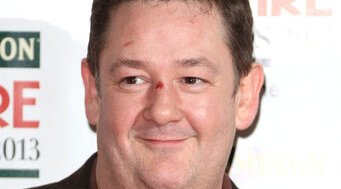 The comedian Johnny Vegas has been diagnosed with ADHD which he says explains a lot about him and his past behaviours.

Speaking on BBC Breakfast on Wednesday, January 11 the 52-year-old said he was diagnosed after Sue Perkins suggested he be tested. The two share the same agent.

He said: “A lot of things now make sense.

“It’s that sense of disorganisation and doing basic tasks. Everybody has an element of it – it’s how strong your filter is, I think.

“It’s just, I suppose, how your brain organises itself. I always knew I was disorganised… but it [the diagnosis] helps make sense of a lot of things at school. I’m just on the verge of learning about it.”

ADHD in adults is known to affect the person’s ability to cope with stress. They often have difficulty keeping focussed and can feel restless and impatient.

Vegas says that the condition has made him who he is and believes that the “chaos helped him to be a better stand-up.

“In some respects, you can go back and look at it with regret, but I’ve had a bit of a charmed life, so it’s no regrets.

“I know now, and it helps you make changes, I suppose, as you want to get more responsible later in life. I don’t see it as defining me.”

Speaking about the condition Tony Lloyd, Chief Executive of the ADHD Foundation, said that the condition was “significantly under-diagnosed and under-identified in the UK.”

He added that around one in 20 adults is affected by the condition, often struggling through life with little understanding of their condition or why they behave in the manner they do.

He said: “So there are a lot of adults who, now that ADHD is much better understood, are beginning to realise that maybe a lot of the reasons that they’ve struggled were in fact ADHD.”

The off-the-wall and somewhat oddball Johnny Vegas believes the ADHD condition that made him that way, is behind his success as a stand-up comedian.