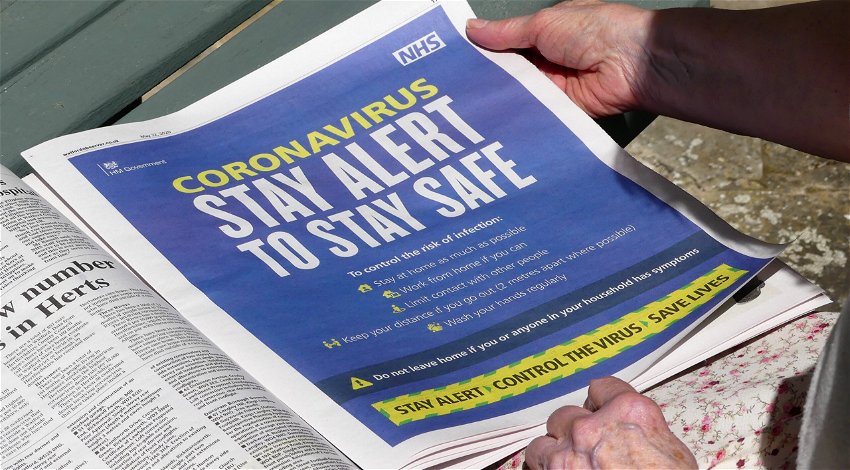 FIFTY THOUSAND excess deaths were reported in the UK in 2022, as health chiefs blame the increase on the Covid pandemic.

Following reports that there were fifty thousand excess deaths in the UK in 2022, Secretary of State for Health and Social Care of the United Kingdom, Steve Barclay, told Sky News on Wednesday, January 11, that the country is seeing the results of the Covid pandemic.

The large number of excess deaths in the UK in 2022 surpassed all other years on record, only being beaten by 1951, according to data compiled by The Times.

The news outlet noted that there were over excess 1,600 deaths in the week leading up to Christmas.

Speaking about the worrying increase in excess deaths in the UK, Mr Barclay told Sky News that the British public is now seeing the “consequence of the pandemic”.

“All countries across Europe are facing a similar issue,” he said.

“One [reason] is the consequence of the pandemic.”

Although a small number of deaths in 2022 were attributed to Covid compared to the previous two years – in which the virus was reported as the main cause of excess deaths in the country – the UK Health and Social Care Secretary stated it was NHS delays due to the pandemic that caused the rise in excess deaths, not necessarily Covid itself.

“Some of it will be indirectly where, for example, if someone is waiting for treatment, we’ve got a challenge in terms of people waiting for operations, which we’re working actively to clear.”

He added: “It is extremely complicated as to what the driver of those excess deaths are, that’s something we’re looking closely, I’m talking to the chief medical officer.”

Back in October 2022, the UK Health Security Agency (UKHSA) and ONS released estimates of excess deaths during the summer of 2022 in the UK in which record temperatures were blamed for the rise in figures.

The statement said at the time that “across the 5-heat periods in the summer of 2022, the estimated total excess mortality (excluding coronavirus (COVID-19) in England was 2,803 for those aged 65 and over.

“This is the highest excess mortality figure during heat periods observed since the introduction of the Heatwave plan for England in 2004.”

It added: “In July, some places in England recorded temperatures of over 40 degrees Celsius for the first time in recorded history and UKHSA issued its first-ever Level 4 Heat Health Alert.

“From 17 to 20 July, when temperatures were at their highest, there were an estimated 1,012 excess deaths in those aged over 65.

“The heat period in the summer of 2022 with the highest excess mortality overall was from 8 to 17 August, which saw an estimated 1,458 excess deaths (excluding COVID-19) in those over the age of 65.

“These figures demonstrate the possible impact that hot weather can have on the elderly and how quickly such temperatures can lead to adverse health effects in at-risk groups.”

The report added: “Similarly, ONS analysis from the same timeframe – June to August 2022 – for all age groups and for England and Wales, shows a recorded 3,271 deaths above the 5-year average. This represents a 6.2 per cent increase.

“This is slightly higher than the UKHSA figure as it does not exclude deaths from COVID-19, those under the age of 65 and does include data for Wales.”

The report in October came after a rise in UK deaths related to an “irregular heartbeat” reportedly killed more people than usual.

On Tuesday, September 20, 2022, the UK’s Office for National Statistics (ONS) reported that more people than usual have died in 2022 and a rise in “irregular heartbeat” deaths could have been the reason.

The data revealed at the time that excess deaths due to cardiac arrhythmias were up in March and April.