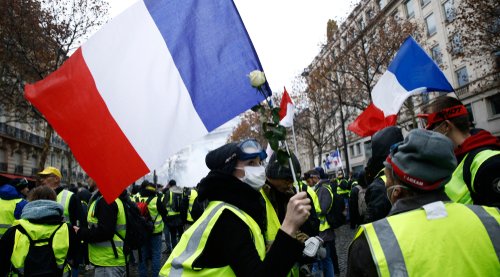 The government in France has announced that it is to press ahead with pension reforms as part of a long-delayed overhaul that are hugely unpopular in the country.

Unions across France announced on Wednesday, January 11 that they will once again take to the streets to oppose the reforms announced by the country´s Prime Minister Elisabeth Borne.

Central to the proposed reform is an increase in the pension age from 62 to 64, which will still leave the country´s retirement age well below those in other EU countries. France’s President Emmanuel Macron was elected in 2017 on the back of a reform agenda but had to shelve plans when the pandemic came along.

“We offer today a project to balance our pension system, a project that is fair.”

Fair or not an Odoixa poll found that four out of every five French people are opposed to the reform, and with no majority in parliament they will have a mountain to climb to push the change through.

The unions have been quick to jump on the announcement and have called for a general strike on January 19, despite the government having softened its original proposals. Union leaders have said the age is not up for negotiation.

Borne said: “We must face reality and find solutions to preserve our social model,” noting that all France’s neighbours have increased the retirement age in recent years.

Practically, the retirement age will be raised by three months each year starting in September and reaching the target age of 64 in 2030, well after any country. Despite the need for savings and the slow rate of change, opposition parties have already said they will oppose the reforms proposed.

The reforms proposed also include an increase in the basic pension that put it well ahead of countries like the UK, but with unions and many parties opposed France is bracing itself for fresh strikes.