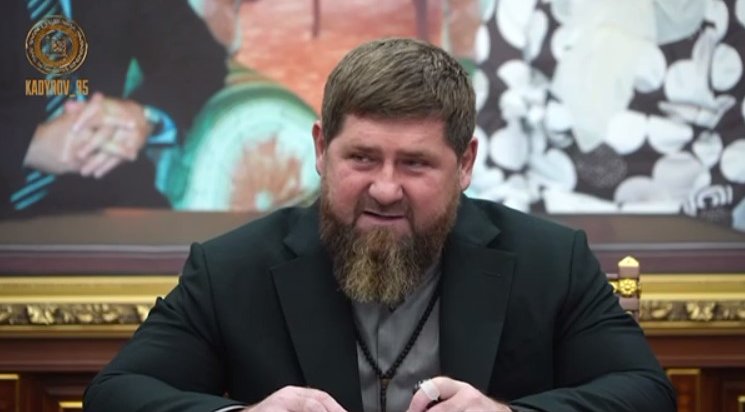 More than 21,000 Chechen fighters have been involved in Ukraine since the start of the conflict claimed Ramzan Kadyrov, the head of Chechnya.

More than 21,000 Chechen fighters have taken part in the Special Military Operation (SVO) since its inception, and over 9,000 servicemen are now on the front lines. This is according to Ramzan Kadyrov, the head of Chechnya.

Posting on his official Telegram channel, he wrote: “Since the first days of the special military operation in Ukraine, the Chechen Republic has made a significant contribution to Russia’s victory over the NATO and Bandera aggressors. Our efforts have significantly contributed to the fulfilment of a number of strategic objectives”.
⠀
“During the meeting of the Republican Headquarters of the SSR, I discussed with the heads of the law enforcement agencies the main areas on which emphasis should be placed. I also thanked those in charge for promptly identifying and solving problematic issues”.
⠀
“I especially paid tribute to my dear brother, Russian State Duma deputy, Adam Delimkhanov @adelimkhanov_95, who had returned from the SWO area. On my instructions, he established effective cooperation between our special units, which yielded good results”.
⠀
“I also heard a report by the Chairman of the Parliament of the Chechen Republic, the head of the Republican Headquarters of the National Defence Forces, Magomed Daudov @MDaudov_95”.

“He said that since the start of the special operation, more than 21,000 Chechen fighters took part in it. More than 9,000 servicemen are at the front line at the moment. Each of them is provided with uniforms and weapons, which allows them to carry out their service effectively”.
⠀
“The issue of providing our soldiers is under my special control. I am in personal contact with the commanders of the Chechen special units. This allows for a prompt resolution of any problematic issues and significantly increases the effectiveness of their work”.
⠀
“At the same time, we are solving humanitarian problems in the liberated territories. Almost on a daily basis the Regional Public Fund in the name of the hero of Russia, Akhmat-Khadji Kadyrov, distributes food, clothing, hygiene supplies, and bedding, and solves other pressing problems of the local population. The fund provides large-scale assistance to the participants of the military operation”

“I am sure that at the Republican Headquarters of the Strategic Military Operation, every Chechen, and all responsible officials will continue to make their best contribution to the victory of Russia over the enemy. The well-being of our homeland depends on it, so we have no right to relax!”.