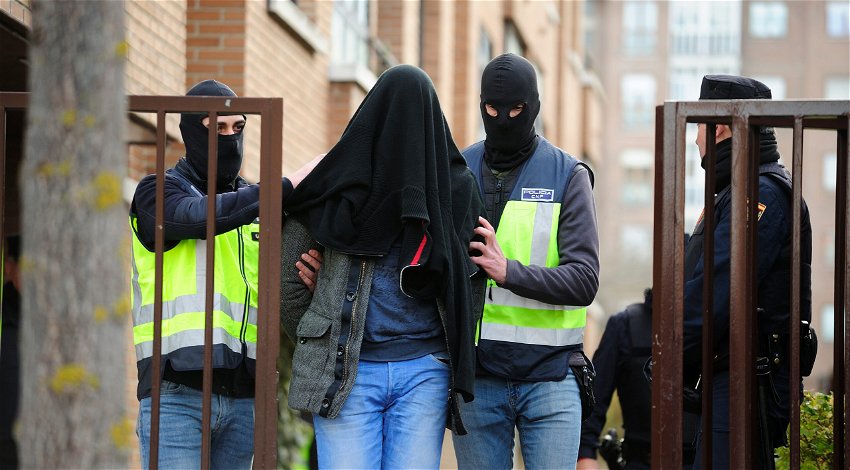 SPAIN’S National Police in the province of Toledo arrested one of Europe’s Most Wanted Fugitives, who has been wanted by Europol since 2014, as reported by Thursday, January 12.

National Police in Spain’s Toledo arrested 37-year-old E.V.P, one of Europe’s most wanted fugitives, who was part of one of the most active criminal organisations of the last decades in Spain.

The man was wanted in Spain for crimes of torture, kidnapping, illegal possession of firearms and ammunition, threats, injuries and crimes against public health.

He was alleged to be an expert in technical and computer skills that the organisation used for surveillance and tracking of other traffickers.

The police force wrote after the arrest: “In recent years, given the importance of the target, intensive efforts were made to locate him, but to no avail due to his ability to leave no trace of any indication of his location. This led to the inclusion of the fugitive’s image in citizen collaboration campaigns, in order to try to receive anonymous information leading to his location.”

It added: “Taking into account the profile of the fugitive, it was decided to include him in the public dissemination campaign Europe’s Most Wanted, developed by Europol and the ENFAST network, which in 2022 was focused on locating members of criminal organisations on the run.

“As a result of this publication, numerous anonymous tips and leads were received, which were checked and discarded by investigators from the National Police’s Fugitive Tracking Section. However, at the end of the year, a new piece of information was received which suggested that the fugitive could be living in a town in the province of Toledo.”

The police said that surveillance was set up outside a property believed to be where the fugitive was living.

“[The surveillance] was maintained for several days, until, on January 9, a person was observed leaving the house, hiding his face with a cap and black glasses,” the National Police statement read.

“He was followed for some time until, in a remote area, he entered a grocery shop and it was possible to see his face.”

It added: “Although he was almost unrecognisable due to the passage of time and the radical change in his appearance, it was possible to confirm his identity thanks to a dimple in the right nostril and a mole in the middle of his right cheek.

“He was then arrested without putting up any resistance.”