Another 69-year-old legend of rock dies 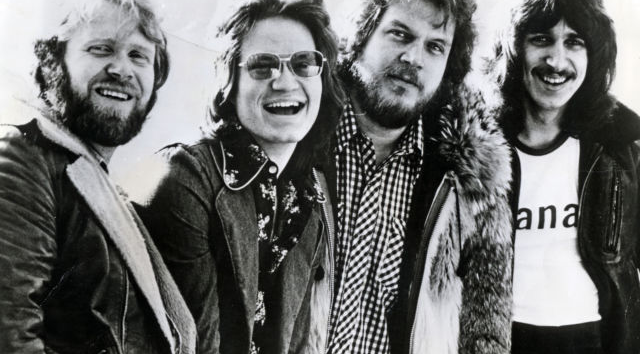 Another 69-year-old legend of rock has died, this time the drummer for Bachman–Turner Overdrive and Brave Belt.

Robbie Bachman´s death was announced by his brother and bandmate Randy Bachman on Twitter on Friday, January 13.

Another sad departure. The pounding beat behind BTO, my little brother Robbie has joined Mum, Dad & brother Gary on the other side. Maybe Jeff Beck needs a drummer! He was an integral cog in our rock 'n' roll machine and we rocked the world together. #RIP #littlebrother #family pic.twitter.com/XASj6CVXzA

No cause of death was given for the drummer whose brother described him as “an integral cog in our rock’n’roll machine.”

He went on to say that “the pounding beat behind BTO … has joined mum, dad and brother Gary on the other side.”

The Canadian-born Robbie played for numerous bands before joining his brother in Brave Belt along with Chad Allan, who had played in the Guess Who. The band recorded two albums before Allan left, after which they renamed the band to Bachman-Turner Overdrive (BTO).

Inducted into the Canadian Music Hall of Fame in 2014, BTO had significant success on the charts with their second album reaching top 10 spots in both Canada and the U.S. They also managed a couple of top 40 spots with the single “Let it Ride” and “Takin’ Care of Business.”

But perhaps their greatest piece of work was their third album “Not Fragile” which achieved worldwide success. That album included such greats as “Roll on down the Highway.”

Although they continued to produce albums “Not Fragile” was to be their most successful with the band going their own ways in 1979. They reformed in 1983 but Robbie did not join over management issues between him and his brother Randy.

He successfully sued the band for royalties after they continued using the name and in 1988 joined for a brief reunion.

The 69-year-old legend of rock will be long remembered for his powerful drumming that added to the band´s unique sound.