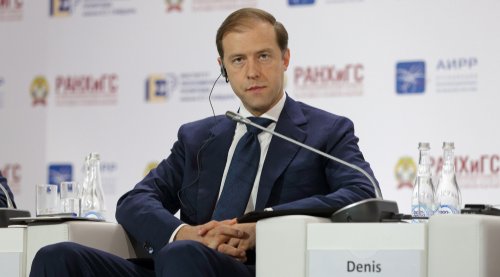 Vladimir Putin has berated his industry minister on live TV in what is seen as growing impatience with the war effort and a president under increasing pressure to deliver.

According to the Guardian on Friday, January 13 Putin appeared agitated during the call even going so far as to publicly criticise Trade and Industry Minister and Deputy Prime Minister Denis Manturov.

The minister has responsibility for delivering the weapons and ammunition needed by troops fighting in Ukraine, where progress has been slow. Although many factories are working 24/7 Putin said they were not working fast enough on the country´s aircraft contracts according to a transcript of the call by the Kremlin.

Manturov is said to have tried to explain the delays, one of which is down to helicopter engines having been sourced in Ukraine in the past. But Putin simply rolled his eyes and replied: “Too long, [it is taking] too long … I ask you to expedite this work.”

Putin, clearly irritated with Manturov, claimed that none of the contracts to supply Aeroflot with planes were ready despite the minister´s claims that they were.

He said: “I know that there are no contracts at the enterprises, the directors told me.

“What are you, really, playing the fool? When will the contracts be signed?

“These 700 aircraft, including helicopters, need to be worked out together with the Ministry of Defence, so that it is clear: how many the military department will order, and how many civilian ships will be ordered. Some enterprises still do not have an order, even for 2023.”

Demanding that the contracts be in place within the month Putin added: “Everyone understands the urgency of these issues.

“No, don’t try to do your best. Do it within a month. Don’t you understand the situation we’re in? It needs to be done in a month, no later.”

Dmitry Peskov, the Kremlin´s spokesperson downplayed the spat saying that Putin had “no serious complaints about Manturov’s work.

“This is a normal workflow.”

The incident is believed to have possibly been stage-managed to show a war leader that is in charge according to the U.S. think-tank the Institute for the Study of War. That report suggests that “Putin likely seeks scapegoats for the Russian defence industrial base’s struggle to address equipment and technological shortages.”

It also comes as talk increases of a power struggle within the Kremlin and that others are lining themselves up to take over from Putin, among those Wagner head Yevgeny Prigozhin.

Recent decisions taken by Putin and now the berating of his industry minister during a live TV broadcast suggest that he is once again working to retain his control over the country and the war effort.