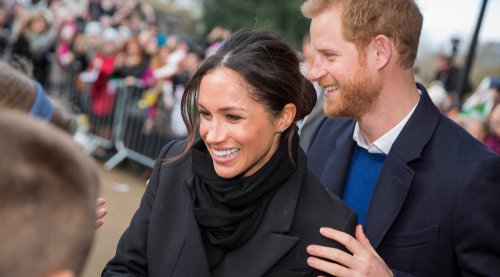 13:15 (January 13) – The black marine who inspired Prince Harry to set up the Invictus Games has told him to “shut up.”

McBean who said: “I don’t have to support everything he does.” continued saying that the people around him should have “told him to stop.”

He said that whilst he liked the Prince from day one that did not change his views about the revelations.

McBean was singled out for praise in the book “Spare” with Prince Harry saying that he was “astounded” by McBean´s determination after losing an arm and a leg in a roadside bomb blast in Afghanistan.

Many questions have been raised about the advice that Prince Harry has been given in making the revelations, particularly in light of his past requests for privacy. That u-turn has helped little in engendering him to the British public and large swathes of communities elsewhere and has fuelled speculation that Markle is to blame.

12:19 (January 13) – Fresh from the revelations of his book 36-year-old Prince Harry has said that his relationship with Meghan highlighted the need to be anti-racist saying “ignorance no longer an excuse.”

The Prince is now urging others to do what they can to fight racism including to educate themselves on the issues and the challenges black people face.

But on Friday, January 13 the Prince was accused of “being a hypocrite with a wide range of people coming out to criticise him following his interview with GQ magazine earlier in the week.

In that interview, he said: “No one’s blaming anybody.

“That’s the way that I look at it. No one’s pointing fingers. You can’t really point fingers, especially when it comes to unconscious bias.

“But once you realize or you feel a little bit uncomfortable, then the onus is on you to go out and educate yourself because ignorance is no longer an excuse.”

He went on to claim that he “had no idea” unconscious biases existed when he was growing up adding that it took Meghan to open his eyes. This despite a number of high-profile racism cases in the UK and all the criticism that he received during his younger years, including his dressing up as a Nazi for a party.

One of those to criticise him, Mel Brooks a man that had to overcome similar difficulties to achieve success. He called Harry a “shameless, disgusting hypocrite.”

'The king of woke': Prince Harry is a 'shameless, disgusting hypocrite' https://t.co/Ia34pvs7TZ via @YouTube

Harry, however, disagrees saying: “Sad as it is to say, it took me many, many years to realize it, especially then living a day or a week in my wife’s shoes.”

Racism is an issue in many parts of the world and it does need to be both acknowledged and dealt with, but like many things Prince Harry has lost the platform to add value in bringing about change having alienated large swathes of the community.

And whilst he is right in saying “ignorance no longer an excuse” the value of his statements has been watered down by his behaviour towards his own family and the failure to stand by his own values.