UPDATE: Putin calls for legislation to make discrimination against Russians a crime 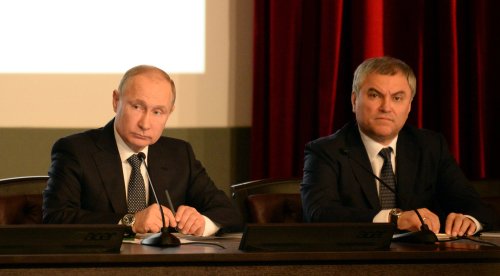 14:06 (January 13) – Russian President Vladimir Putin has told the Duma that they have until May 1 to bring forward legislation that makes discrimination against Russians a crime.

According to the  Kremlin’s website Putin has told the house to consider proposals that make discrimination of or against Russian citizens at home and abroad a criminal offence.

The announcement comes shortly after Kremlin spokesperson Dimitry Peskov warned against confiscating the property of those who had left the country. He said that whilst it was right to discuss the issue, there was a need to be careful about “opening a Pandora´s box.”

It is understood other measures are being considered, but seizing assets of those with property abroad would also shine the spotlight on those in power. Putin for example is one of those who has property abroad and who has been careful not fall foul of authorities in those countries for fear of his assets being seized as part of sanctions against the country.

07:37 (January 13) – The speaker of the State Duma, Vyacheslav Volodin, has proposed altering the criminal code to allow for the confiscation of the property of those who left Russia to “curry favour with the West.”

Volodin said in his Telegram channel on Friday. January 13 added that some of the country´s citizens also think that it’s acceptable to insult Russia, its residents, soldiers and officers, while “openly supporting the Nazis.”

Calling those who left the country and who had been critical of the “special operation” in Ukraine “scoundrels”, he said could be regarded as calls for extremism, the rehabilitation of Nazism and the discrediting of the armed forces.

He said: “In this situation, it will be right to supplement the relevant articles of the Criminal Code with a clause on the confiscation of property from scoundrels in the Russian Federation, which they have enough to compensate for the damage caused.”

He added, however, that such an innovation “will not return conscience” as these people are guilty of trying “to curry favour and trying to preserve their well-being abroad.”

Continuing he said: “As practice has shown, the existing response measures are not enough—the scoundrels who have left live comfortably thanks to our country.

“Being abroad, they rent out real estate and continue to receive fees at the expense of Russian citizens. “At the same time, they allow themselves to publicly pour mud on Russia and insult our soldiers and officers. They feel their impunity, believing that justice will not reach them.”

The statements by the speaker that suggest Russia is thinking about confiscating the property of those who “curry favour” in the West will be of concern to many of its oligarchs, who have already faced sanctions abroad and is a further sign of growing extremism among the country´s leaders.