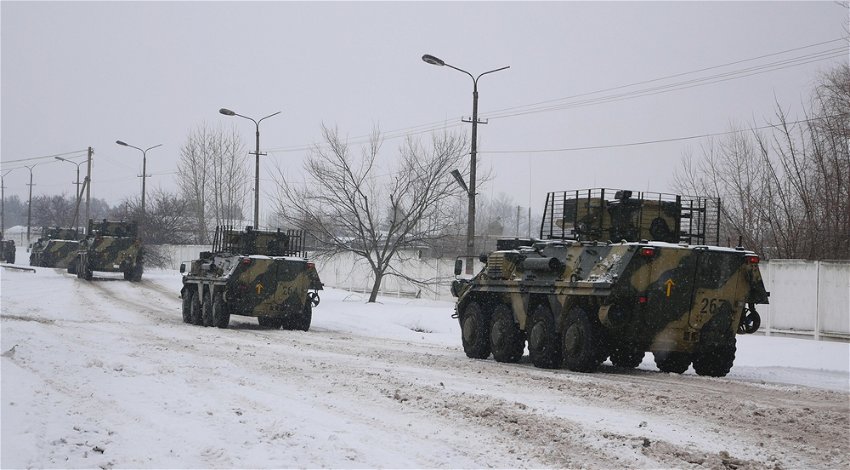 Russia has warned Ukraine that any attack against the country or its member states will result in a collective response.

Alexei Polishchuk, Director of the Second Department of the CIS countries of the Russian Foreign Ministry, was responding to a question by TASS regarding the likelihood that Belarus would become involved in the conflict.

He said the updated military doctrine of the Union State “is exclusively defensive in nature, but assumes that the use of military force against any participating state is considered as an encroachment on the Union State as a whole.

“Our countries have similar obligations on mutual support in the event of external aggression within the framework of the CSTO.

“In other words, from a legal point of view, the use of military force by the Kyiv regime or the invasion of the Armed Forces of Ukraine on the territory of Belarus or Russia are sufficient grounds for collective retaliatory measures.

“At the same time, their adoption remains at the discretion of the political and military leadership of the two countries. The determining principle is the advisability of the use of joint forces and the proportionality of a common response to the threats that arise in a particular situation.”

Polishchuk continued by saying that an armed response is not the only support that could and is being provided. He said: “First of all, this is military-technical cooperation, which, and this is not a secret, is at the highest level in Moscow and Minsk.

“Our countries carry out mutual deliveries of weapons and components for the production of military equipment, cooperate in border protection, and increase the combat capability of the unified Russian-Belarusian air defence system.

“President of Belarus Alexander Lukashenko has repeatedly spoken about the readiness to give a tough response in the event of Ukraine’s strikes on Belarusian territory and other aggressive provocations.

“This is the sovereign right of the republic to defend its territory by all available means, and Minsk in this can count on the full support of Russia.”

The statements show once again that Russia believes that its war in Ukraine is legal and that any attack by Ukraine on Russia would give its allies licence to attack their neighbour in what he described as a collective response.