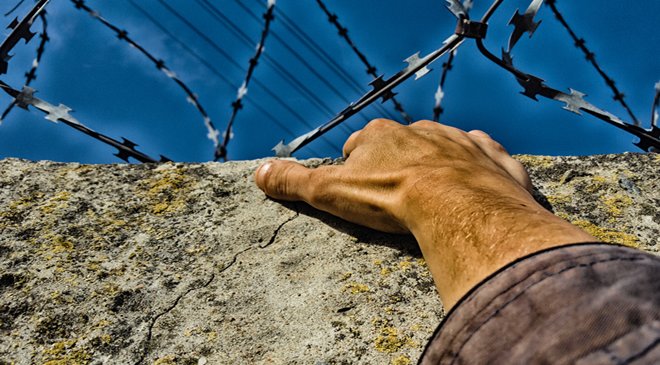 After his third attempt in six months, an inmate finally escaped from Valladolid prison, although his freedom was short-lived.

Although his freedom only lasted a matter of hours, an inmate managed to escape from Valladolid prison on his third attempt in the last six months. He was recaptured by the Guardia Civil as he attempted to make his way to Valladolid’s Villanubla airport.

Santiago GS was convicted of domestic violence for mistreating his parents. The 34-year-old had a restraining order in force against him from his family. He also reportedly has a history of assault on police officers.

As revealed to a Diario de Valladolid by prison sources, the prisoner made his bid for freedom on Sunday, December 18. He scaled a 6-metre (20ft) concrete wall and somehow managed to get through the barbed wire running along the top of the wall. From there he jumped into the parking area below.

He was finally faced with the relatively simple task of clearing another metal fence of approximately three metres (10ft) in height. The inmate cleared this obstacle and headed into the countryside.

His absence was not detected until after dinner, at around 7pm, when the warders did their rounds to close the cell doors. Santiago GS was eventually picked up later in the evening.

According to union sources: “They arrested him ten kilometres from the jail, near the Villanubla airport . He had a fractured ankle and wrist, and was transferred to a hospital in Valladolid ​​where he underwent surgery”.

Incredibly, he had attempted to escape only 24 hours previously, on Saturday 17. While being transported in a prison vehicle accompanied by Guardia Civil officers he managed to get on the roof of the van. The policemen managed to hold him and prevent him from fleeing.

Previously, on July 5, he made his first attempt to break out of prison. At around 6:pm, while the warder watching over him was busy with another inmate, Santiago bolted from the Villanubla prison football pitch.

He subsequently crossed the garden area and managed to scale the wall. After leaping into the parking area, he was grabbed and detained by two of the prison staff as he reached the perimeter fence.

This highly unusual incident has brought many questions regarding the laxity of Penitentiary Institutions (IIPP). This is especially relevant considering the prisoner had already made two previous escape attempts. Incredibly, even with his known desire to try to escape, he was always kept in ‘low security’ modules.

“In the IIPP, ‘goodism’ now predominates. Many prison passes are given, a tendency to grant the third degree, ease of permissions for a few days, many activities. The civil servant no longer has a voice, he is only there to open and close doors. Only psychologists, psychiatrists, jurists, lawyers, these are the guidelines”, they lamented.

Santiago GS is considered a psychiatric prisoner and has been incarcerated in the Valladolid prison since April. Prison union sources informed Diario de Valladolid that he is in second grade and is included in the Comprehensive Care Program for the Mentally Ill (Paiem).

This is a plan of activities that is voluntary in which participants are accompanied by an official. His destination is the Therapeutic and Educational Unit (UTE).