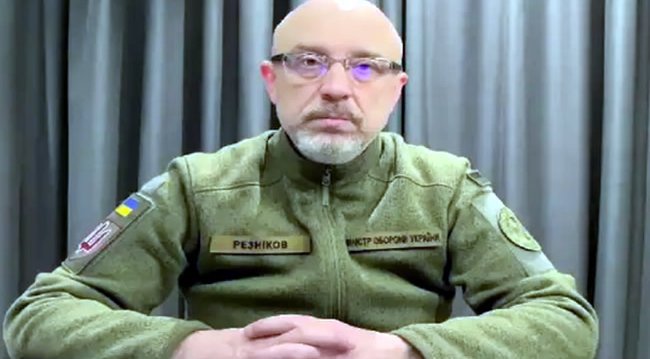 Oleksii Reznikov, the Defence Minister of Ukraine claimed during a BBC interview that his country was a de facto member of NATO.

Ukrainian Defence Minister, Oleksii Rezniko, speaking from Kyiv with the BBC in an interview on Friday, January 13, claimed that his country is a de facto member of NATO. He added that he believes Kyiv will shortly receive a supply of fighter jets and tanks to help in the ongoing conflict with Russia.

“This concern about the next level of escalation, for me, is some kind of protocol. Ukraine as a country, and the armed forces of Ukraine, became a member of Nato. De facto, not de jure (by law). Because we have weaponry, and the understanding of how to use it.”

Russian President Vladimir Putin and his Kremlin mouthpieces have long voiced the opinion that they are involved not only in a conflict with Ukraine but also with the West and NATO forces. They maintained that as Kyiv was being supplied with weaponry by western allies then they are implicated in the fighting.

Putin has always described Ukraine’s attempt to join the alliance as a threat to Moscow’s security. His counterpart in Kyiv, Volodymyr Zelenskyy, has been pushing NATO for his country to be fast-tracked into the organisation.

Despite pledges of support from Western leaders, it is still not clear whether this will ever happen or even be contemplated. Article 5 of the NATO treaty states that any attack on a member of the alliance is considered an attack on all of its members.

Reznikov questioned why his claim of being a de facto member would be seen as controversial. Maybe only NATO would find it controversial he suggested, due to the fact it had continually distanced itself from appearing to be a party to the conflict.

“Why would it be controversial? It’s true. It’s a fact. I’m sure that in the near future, we’ll become a member of Nato, de jure”, Reznikov concluded.