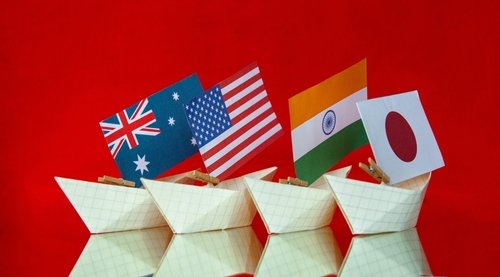 Growing Chinese aggression in the Taiwan Straits has prompted Japan to shore up its defences in the area, saying that there was a need to maintain regional security.

Taiwan News reported on Saturday, January 14 that Japan would expand military assets on the Yaeyama Island chain off the east coast of Taiwan.

Japan´s leaders are said to have made it clear that there was a need to maintain the status quo and to ensure peace in the region, adding that if need be they would come to the aid of Taiwan.

After years of maintaining a low profile militarily, Japan announced late last year that it would once again rearming following Chinese aggression. It has since announced that it was shifting to a war footing by consolidating war alliances with the U.S., UK, France and Canada.

Prime Minister Fumio Kishida recently visited Europe to sign cooperation agreements mirroring the one signed last year with Australia. Agreements have also been signed with the U.S. that could see the integration of the command structures of Japan’s Self-Defence Forces and the U.S. Pacific Command.

Japan has also agreed to hold joint military manoeuvres in the region that it is hoped will deter China from further aggression.

Japan is said to be taking the threats from North Korea and China very seriously and has sought cooperation from major allies in the event of any conflict.

China has reacted with alarm to the announcement with the country believing that it has the right to reunite the two countries, and although Taiwan has never been formally recognised internationally allies are prepared to help defend their independence.

The news that Japan is to build new army bases in Taiwan comes as Russia and China form closer ties in what is increasingly becoming a threat to world peace.